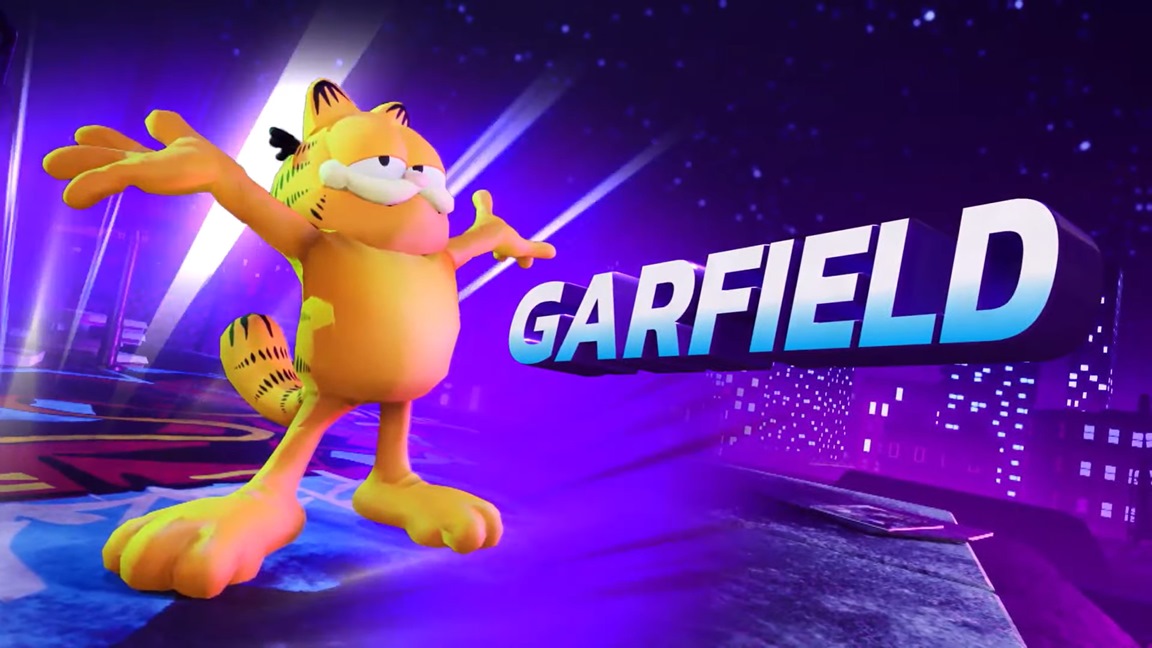 The announcement came way of IGN, as the recently datamined character (with a look at his stage). Becomes the games 1st DLC fighter, and also the 2nd piece of DLC so far. With this news following the update that gives every character a unique costume.

Both Garfield & the Costume DLC updates won’t be on every platform at their respective launches. As the Switch release will be seeing these later this month.

But for anyone wondering why Garfield is even coming to this game? The 1st time crossing over with Nick IP’s like Spongebob?

Well, this all comes down to the fact that Nick’s parent company, Viacom. Had acquired Paws Inc (the IP owners of Garfield) back in 2019. Which resulted in Garfield shorts, known as Garfield Originals, airing on the network ever since.

As much as I would’ve preferred another staple from the classic Nicktoons library, like XJ-9/Jenny Wakeman (My Life As A Teenage Robot) or characters that recent datamines have shown. I’m actually okay with Garfield being here, seeing as I grew up with the live-action films, and have always been a fan of the comics.

But what do you think of Garfield joining the games roster tomorrow? Excited? Be sure to leave everything down in the comments section below!