So with the Sonic Movie premiering in just a few weeks, I finally decided to take a look into other areas of the Sonic franchise outside of the games, TV shows or the Movie. This time, it’s the IDW Comics.

The reason I never got into these comics when they were 1st released was because I preferred to just play the games or watch the TV Shows. Basically I wasn’t much of a comic book reader, so I didn’t really pay much attention to it.

Until now that is and boy was I missing out on some great Sonic content here! Which means, I got a good bit to talk about, including possible SPOILERS. Don’t worry, they’ll only be minor spoilers, nothing major especially for the most recent issues. Because the last thing I’d want to do is spoil it for those who are still yet to read them.

Okay, with that out of the way, Let’s Go!

So right out of the gate, the story picks up right where Sonic Forces left off. I already like this idea, as it’s set in the game’s canon, therefore elements from past games are seen & referenced throughout. From Rush to Riders, Adventure to Unleashed & all the way up to Forces.

Speaking of Forces, at the start of the 1st issue we learned that Eggman vanished after his last defeat. Now I’m sure I wasn’t the only one to wonder what happened to him considering Unleashed, Colors, Generations & Lost World all showed that in their endings, while Forces didn’t.

Despite Eggman’s disappearance, his robots were still scattered about the world & continued to cause trouble. Although more organized than before.

This is basically the premise of the 1st 4-issues known as the “Fallout” Saga. Where Sonic travels to different towns & fend off hordes of robots with the help of Tails in Issue 1, Amy in Issue 2, Knuckles in Issue 3. Man they really went for the OG appearance order didn’t they.

Issue 4 arrives & so does Blaze, giving an explanation as to why she didn’t appear in Sonic Forces. This is the kind of attention to story detail that I really appreciate.

Tangle The Lemur was introduced in this issue & I gotta say, she’s one of the best new characters in the comics. Sega, whatever you do, allow Tangle to appear in other Sonic media too! She’s awesome!

Speaking of new characters, there are 4-more new characters introduced in the comics; Rough & Tumble, a pair of troublemaking skunks who work for Dr. Starline, who’s a main villain in the comics. But as to what he does in the story, I won’t spoil. 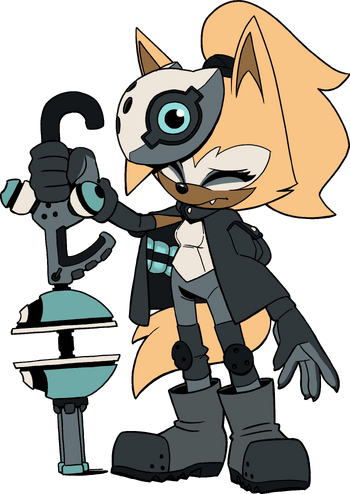 And Whisper The Wolf, okay she’s pretty cool too and has kind of a deep backstory explained in the Tangle & Whisper spin-off comics. As you can obviously tell by the title, these 2-became friends in the main comics series.

Outside of new characters, numerous return from the games like the Chaotix, Shadow, Rouge, Silver & Neo Metal Sonic. Who makes his return from Sonic Heroes, which was brought up. He can talk again and has an actual personality that we didn’t really get to see before. His moments were some of the best parts in the series so far.

It’s explained that Neo was going to be part of the final battle in Sonic Forces, but was completed too late. Okay, so I’ve sort of been going very light on the story details so far. So going beyond this point might be too much so I’ll stop here.

I gotta say though, these comics were far better than I ever expected them to even be. Heck, I’d even go so far as to say that they do some things better than the games. I get it, their 2-entirely different types of media, so of course certain things will be better in each.

But I do feel like that the games could borrow from the comics in some ways like the writing for instance. It’s so dang good compared to the games, including Forces. Forces’ writing & story were pretty good, minus the contradiction that is Classic Sonic. Who will Not appear in the IDW Comics, because the creative don’t even know if he’s from the past or another dimension. 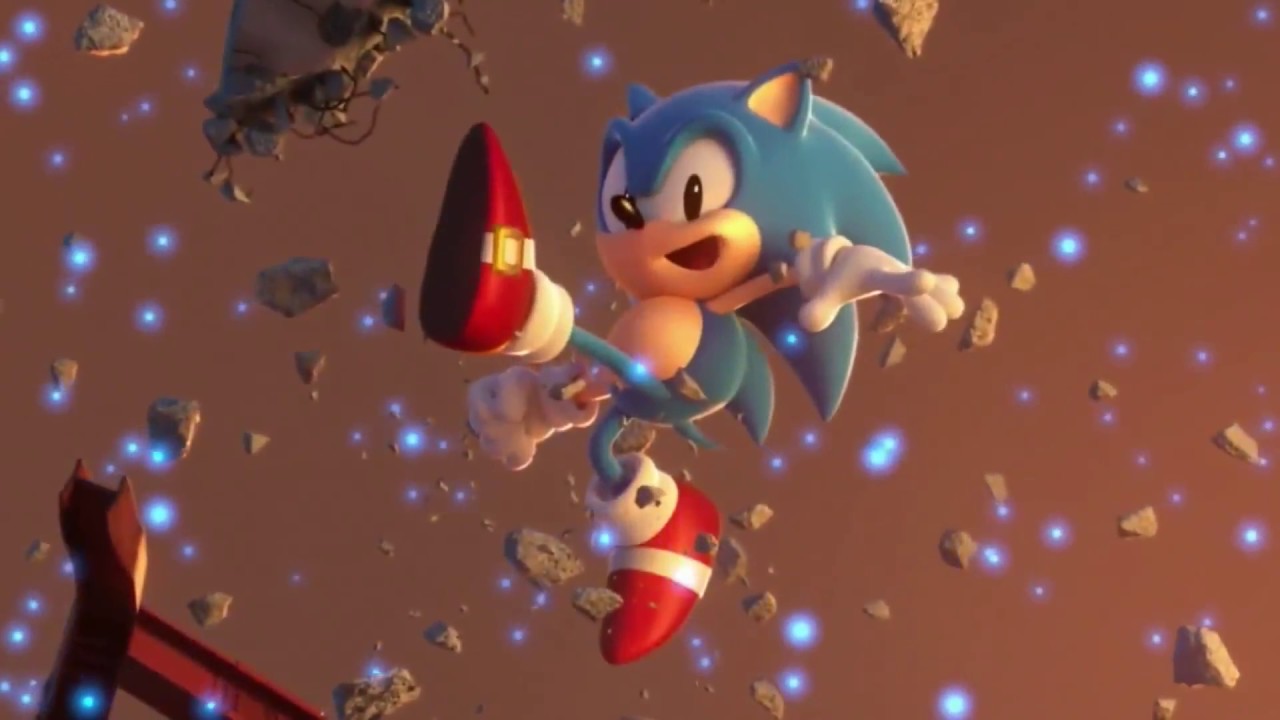 Just think about how much better the games story could’ve been if Ian Flynn, the writer of the IDW Comics, wrote the game. He did write the Forces Prequel comics, which were also pretty good. But Sega, hire this guy for 1-game & see how it turns out.

The characterization was also really good in these as well, we’ll use Tails as an example because of all the criticism his characterization in Lost World & Forces got. Well, he’s actually a whole lot better here. Hopefully Sega keeps Tail like this from here on out, okay we had TSR and he was good in that too. Of course I can’t forget Boom Tails either.

Some of these character interactions are pretty funny & very appreciated since we don’t get to see a whole lot of this in the games. Mainly in just about anything outside the games. For instance, this one right here with Silver, Tangle & the Chaotix playing cards. Perfect!

Blaze even does things that we’ve Never seen her do in the games before, even throwing Sonic at one point! That’s some 10/10 teamwork right there!

Imagine having a team mechanic like this in a Modern Sonic game, you come to an area full of enemies. Take them on as either Sonic or Blaze, while the other helps. Or switch to one of the 2-characters to use a unique team ability like Blaze wrapping Sonic in flames & throwing him at an obstacle or a group of enemies for a pinball-ish effect. 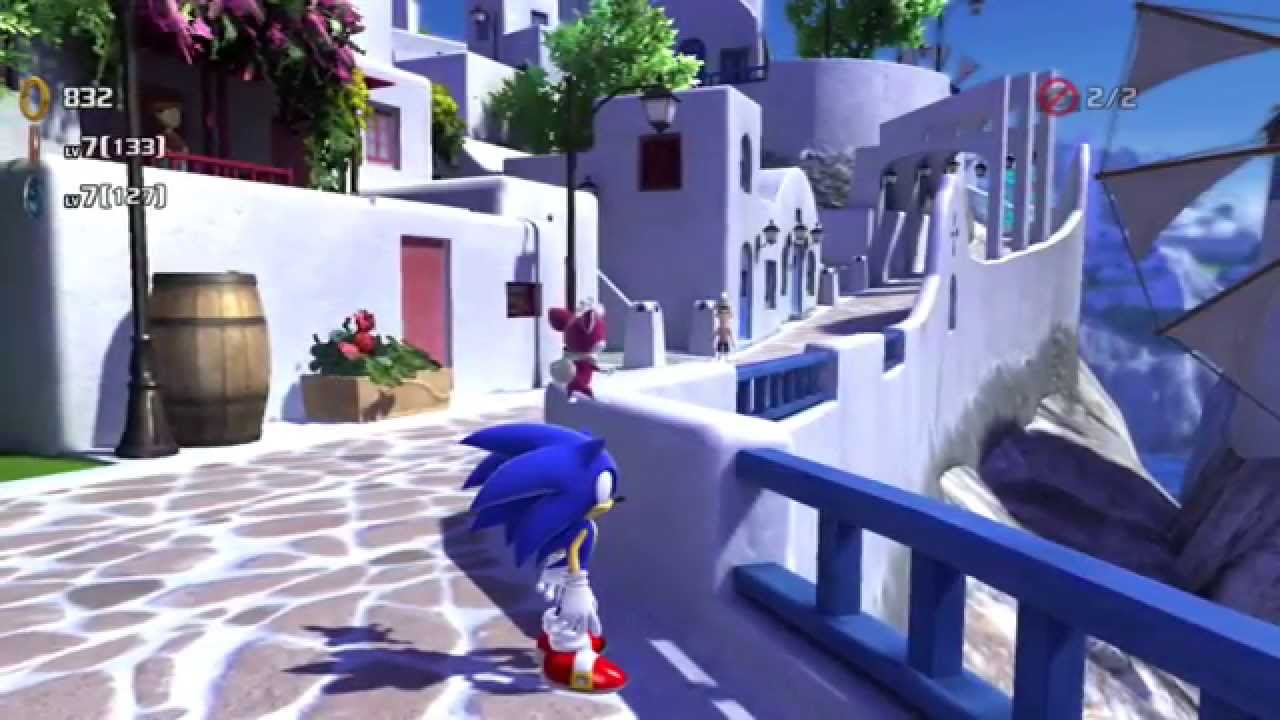 On top of this, bringing back the concept of the HUB worlds from Unleashed to allow for a more immersive & interactive experience with Sonic’s world & characters. Would be a very good idea.

So yeah, definitely a good bit the games could learn from the comics. But the comics do something that’s really rare in the series as a whole. Yes this means more spoilers but it’s going to be very minimal as this is from the  3 or 4 most recent issues.

Due to the high stake story, which gradually builds over the course of the series. I’m gonna warn you guys right now, whether or not you’ve played the games or watched the TV Shows. Your more than likely going to become attached to these characters. And when you get to the (currently) last 3-4 issues, there’s definitely some emotional moments. Showing the characters struggling with the current situation, which I won’t spoil, with them doing whatever it takes & making tough choices to help others.

I said that this is rare for the series, is because it is very rare. The last time I can remember the Sonic series creating this type of reaction like that was the endings to Colors & Unleashed and certain points in Sonic X. That’s pretty much about it from what I can recall.

It was another thing that I certainly wasn’t expecting from these and what really drove these emotional elements was the character expressions. Their so much more expressive compared to the games, I’m Not saying the games do a bad job at this, but it really shines in the fully CGI cutscenes when the game has those. It’s just the comics (& animations) seemingly do a better job at it than the in-game cutscenes.

One thing I will say that I hope is addressed in the comics, is some sort of explanation as to why the Wisps are still hanging around post Sonic Colors. Their appearance makes sense in Generations,  but in Lost World & Forces their kind of just thrown in here for no actual story purpose. And since they appear in the IDW comics, which is after the events of Forces, then it’d be the perfect time to clarify on that aspect.

Overall, these comics were great on all the right notes. With the story, characterization, humor, everything about it reminding me of why I became a fan of this great series in the 1st place. I definitely enjoyed all of them & I can’t wait to see how it continues on February 5th with Issue 25 “A Sudden Shift”.

But the IDW comics, I feel should be somewhat of a blueprint for the Main series going forward. Like have future games take place at this certain point in the IDW comics & borrow certain elements. On the TV Show side of things, whenever that happens, I wouldn’t mind seeing a TV show in the same vein as the IDW comics in terms of everything it has to offer. Just Not a simple copy & paste of the exact same story, despite how good that sounds.

Anyways, I think I’ve said enough about this. The comics are absolutely awesome, I’ll say that.

So what do you guys think about IDW Sonic Comics? Be sure to let me know in the comments below!