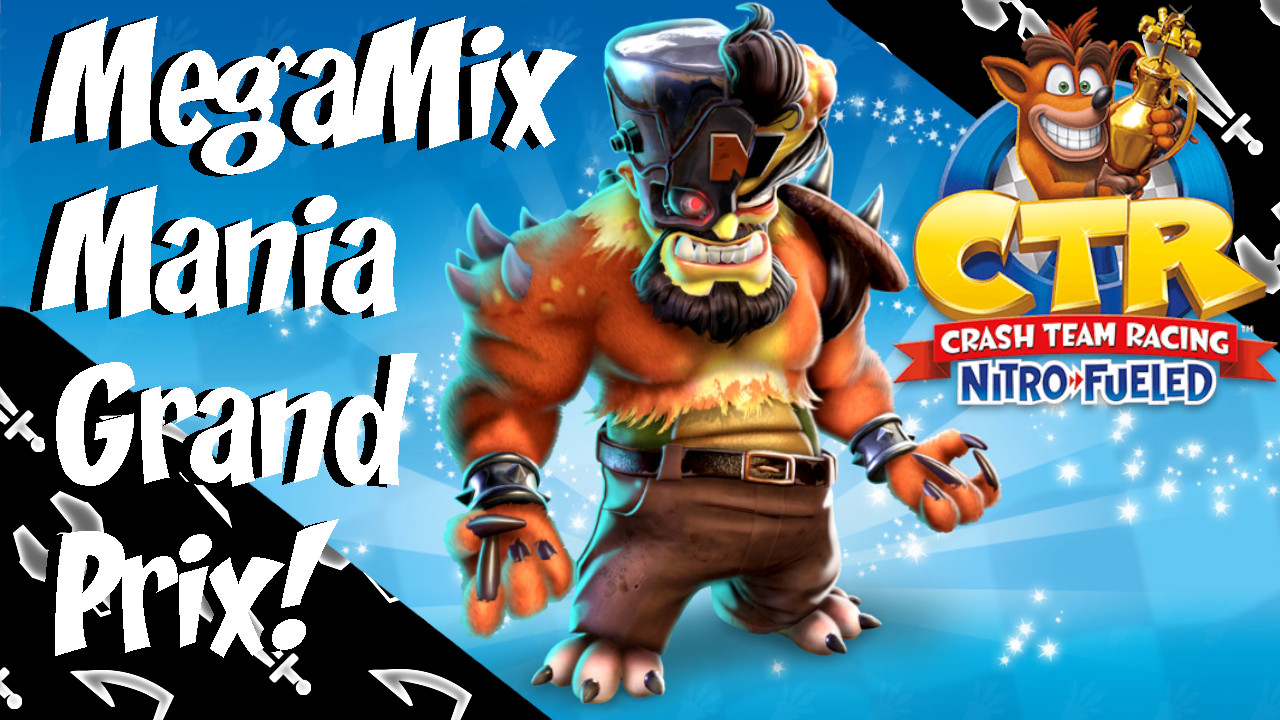 Of course MegaMix looks far better than he did before in The Huge Adventure. With his voice being both Tiny’s & Cortex’s. Like 2-minds being against each other.

Skins include (all called Rustland);

The track itself is actually a post-apocalyptic version of Roo’s Tubes, where the ocean is dried up, leaving behind a dry canyon environment with remains of the underwater tubes. Basically a deserted wasteland.

N=Gin’s battleship from Crash Twinsanity is here as well! Being a Twinsanity fan this was really nice to see. Speaking of Twinsanity, Rusty Walrus makes 2-cameo appearances in this GP. 1-time as graphity & an imprint of him inside the ship. Absolutely clever & funny easter egg.

Strange thing that was found was that Chick & Stew were in the same kart at one point.

HOLD ON! Chick n Stew both in the same kart?!
What does that entail? A new Double-Dash style feature perhaps? 😮 #CTRNitroFueled pic.twitter.com/DlsZqRBAku

This hasn’t happened before in CTR so why now? Perhaps CTTR gameplay representation? Who knows.

So what do you guys think about this? Excited to experience Rustland? Be sure to let me know in the comments below!