So, Sticks The Badger. A character that was introduced in the Sonic Boom series back in 2014. Well, could she come to the Main Sonic series? 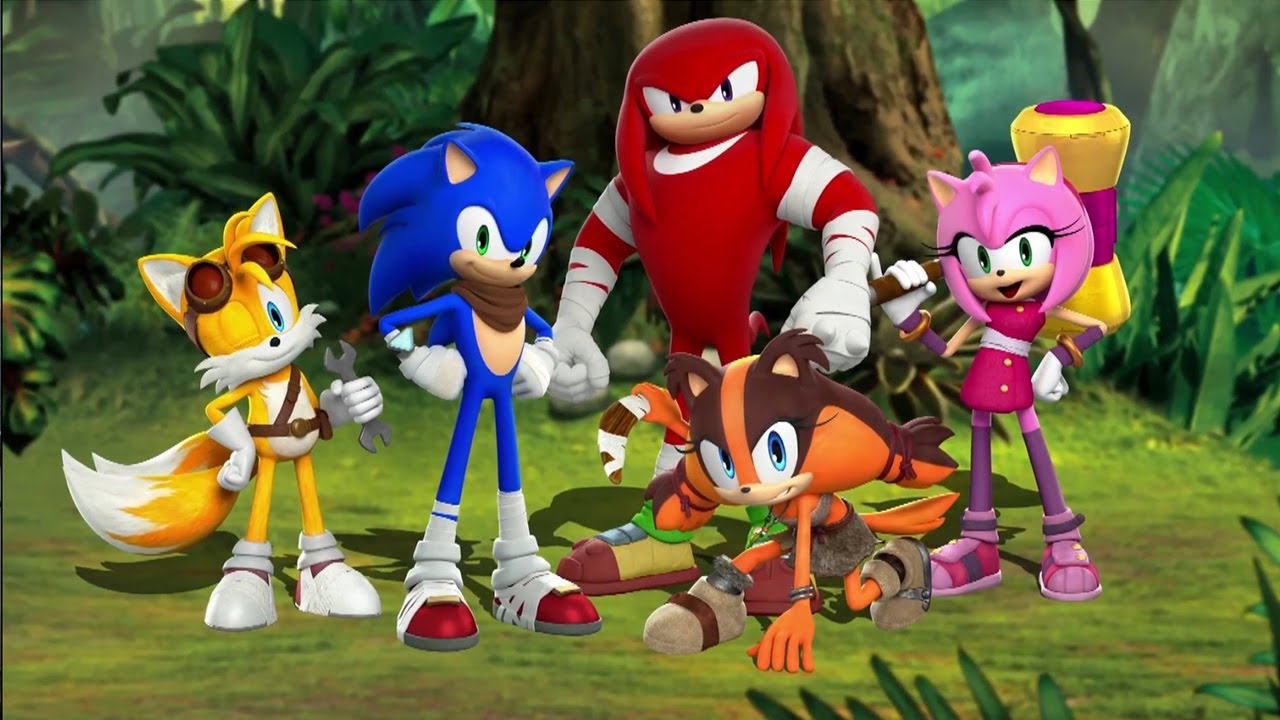 Yes, I might sound crazy for saying this but I’m Not the only one that thinks the same thing.

Sonic Boom introduced a lot of new characters with the show & games. Like Lyric, Cliff, D-Fekt & others. But Sticks is the only one of the new Boom characters to stick out (pun intended) that actually felt like a true Sonic character. And I think she would fit in very well. As evidenced by her appearance in Mario & Sonic 2016 Rio Olympics 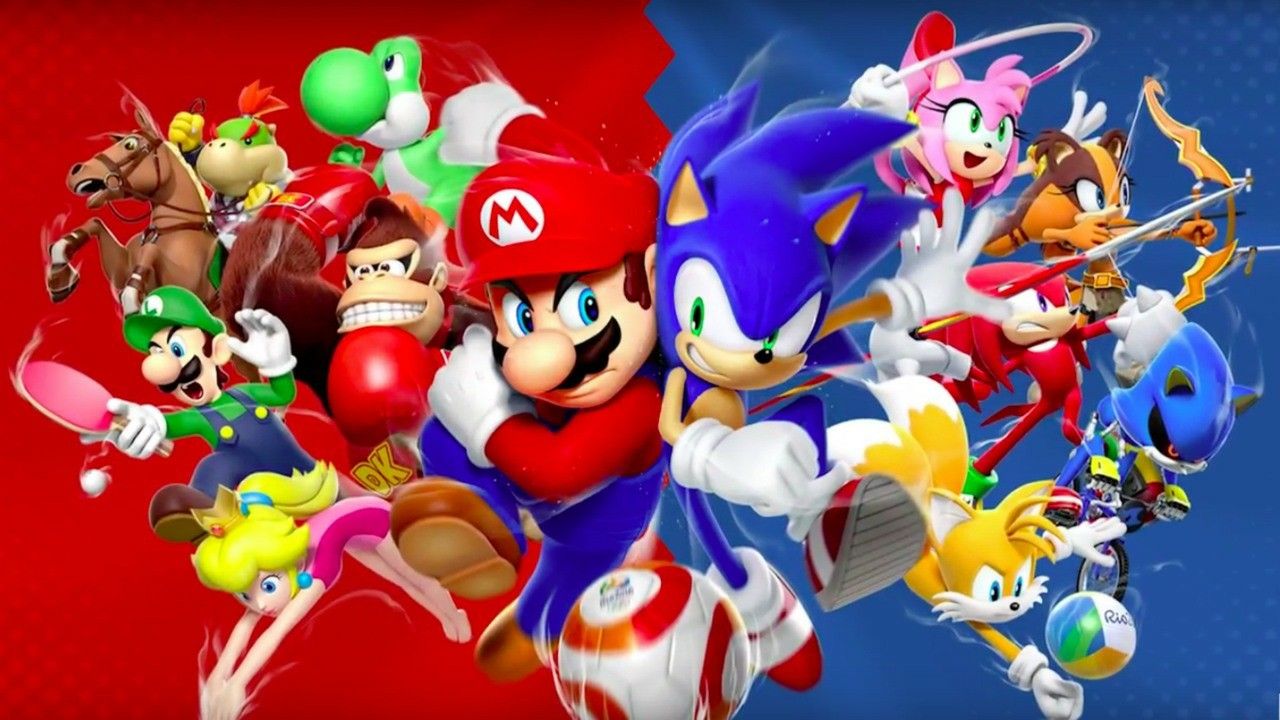 Even appearing in Sonic Runners 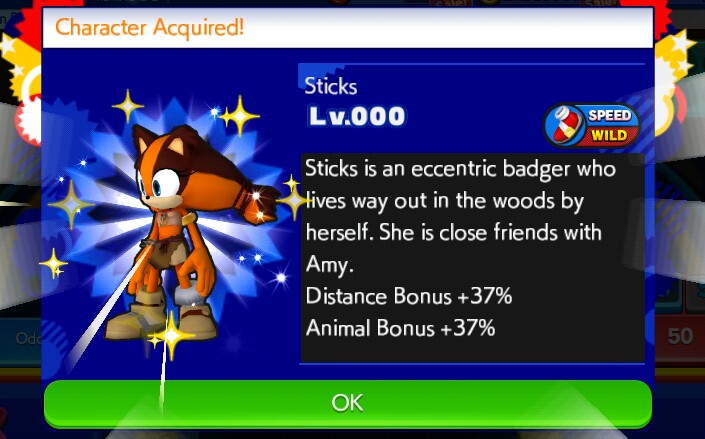 Both of which were Modern Sonic games (although Not main series), Not Boom. Now of course this can be seen as promotional appearances for Sonic Boom, which was still airing when she made these 2-appearances.

Despite this she did Not appear in the Sonic & Mario 2020 Olympic Games nor Sonic Runners Adventure. The latter releasing just a few months before Boom’s 2nd season finished.

Basically meaning that when Sonic Boom ended, it also meant the end of the character. Or does it?

You see, after Sonic Boom’s “production had wrapped”. She’s still a pretty popular character with the fans & even Sega themselves. Going as far as to give Sticks a dedicated section on their Sonic Channel site.

Okay that’s Not exactly much to go with, but it is interesting that Sticks is the only Boom character to get her own section.

On top of this, back in 2018. Ian Flynn, who’s the writer of the IDW Sonic Comic series & a wrote few episodes of Sonic Boom’s 2nd Season. Had responded to a question about Sticks appearing in the IDW series (which as I’ve mentioned before takes place after Sonic Forces).

“At some point in the IDW Sonic, when will we see the IDW version of Sticks show up and be a part of that universe? In fact, could we see Sticks and IDW Amy Rose become BFFs?

“We’ll work backwards on that. As far as I can tell, the canon version of Sticks is that she is always friends with Amy. So that can just be assumed I guess. When, where, and how we introduce Sticks to the comic, I’m not going to say, because that would be spoilerific. I’m sure she’ll show up at some point because she’s super popular. She’s, like, the only spin-off material that has bridged the gap into main canon that I can think of off the top of my head. And I’m not counting the Freedom Fighters showing up in Spinball, that’s another thing altogether. That doesn’t count, really. So, yeah, Sticks will show up at some point.”

Kyle asked Ian if Sticks would have the same design: “Yeah, because her art on Sonic Channel is pretty much the same so it looks like she’s just coming over wholesale”.

So basically if she was to appear, she’d be the same character overall. Personality wise though, I do hope they keep that aspect the same. Now the part where Flynn says “I’m sure she’ll show up at some point because she’s super popular. She’s, like, the only spin-off material that has bridged the gap into main canon that I can think of off the top of my head.”

Here, he’s likely referring to the World’s Unite series that he did for Archie Comics. Which combined Sonic The Hedgehog, Sonic Boom & different Mega Man comics into one big multiverse story. As you can see, she fits in with Modern/Main Sonic just fine.

Unfortunately, back in September 2019 Flynn stated that he’s tried to get Sticks into the IDW series a few times before but were unsuccessful, basically denied. So at this point we could assume that Sticks has come to a similar fate as Infinite or Lyric. Which I’ve mentioned before that Sega practically banned them from the comics.

However! Flynn went on to say that he doesn’t think that Sticks is officially off limits to the IDW series. Meaning, there’s still a chance for an appearance by her. When that’ll happen, we don’t know.

But maybe the reason why Sticks wasn’t allowed to appear the past few times is because Sega could have plans for her with the series’ 30th anniversary next year. Think about it, Sonic Generations was a 20th anniversary title that celebrated 20-years of Sonic history. With remade levels, fan-favorite characters, music remixes, all included!

Now I’m Not expecting another Generations for the 30th-anniversary, as that’d be kind of predictable. Not only would Sticks’ inclusion be a way of representing Boom’s part of the Sonic series’ past. But also her 1st actual appearance in a canon, main series game.

Then there’s also talks of a new Sonic TV show. Whether or not that’ll release for the 30th anniversary is unknown or if their even making it in favor of short animations.

Who really knows what Sega’s got planned for Sticks, but I do feel this is a good way for Sega to preserve her character while keeping memories of the Sonic Boom series alive to an extent. As her character was too good & popular just to fade away like Mighty & Ray who came back after like 25-years.

Also fun fact, Sticks’ VA is Nika Futterman. Who also voiced Vendra Prog from the Ratchet & Clank series. Okay, I just threw that in here because I got nothing else to really say.

So what do you guys think about this? You think Sticks should come to the main Sonic series? Be sure to let me know in the comments below!

One thought on “Sonic The Hedgehog: Could Sticks The Badger Come To The Main Series?”