Jak X: Combat Racing gets a limited Collector's Edition. Pre-orders are next Friday, November 15 on https://t.co/5Lksol4sqo. Included in the CE is a 3" Daxtermobile diecast race car, a Jak X design bible, an official 2-disc soundtrack, and more! pic.twitter.com/F6eTvc6ImD 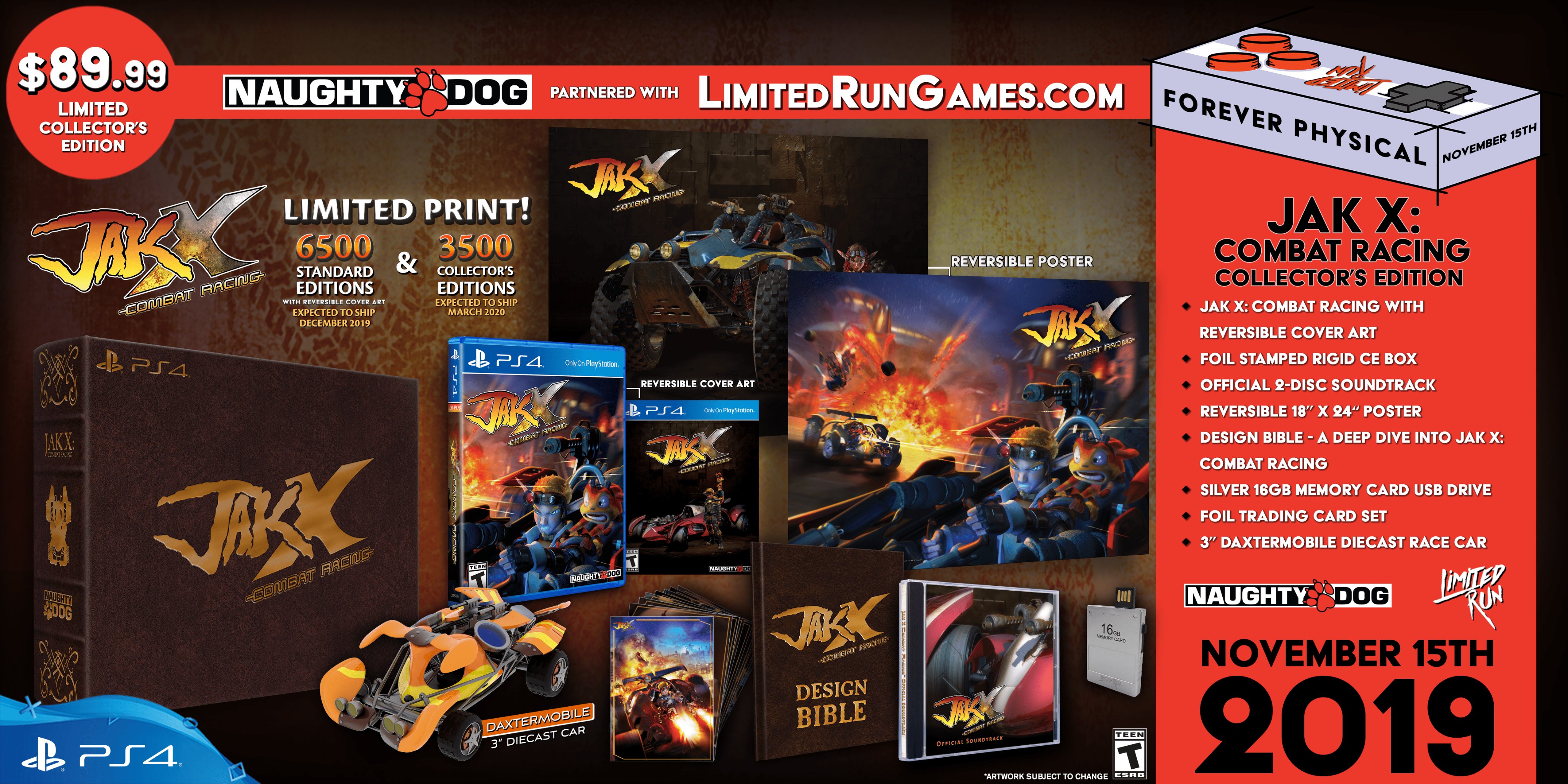 As usual, the collector’s edition will have numerous extra goodies to go along with it. Including;

The game with reversible cover art

To celebrate our Jak X Limited Run, we'll have some merch from @Fangamer. A Jak and Daxter 2-LP Vinyl Soundtrack Collection (with music from each game in the core series) and a poster (shipped in a tube) will be available November 15 at 10am & 6pm ET on https://t.co/5Lksol4sqo! pic.twitter.com/HJOWFAKq4D

Also a new vinyl soundtrack collection, featuring music from each game of the series. It’ll be available next week as well for $34.99 (US). As well as a new poster, however I’m not sure if it’s included with the vinyl collection. Both of which by FanGamer.

As for updates on the mock Jak 4 case, so far no details on that just yet. So far it’s just for those who purchased all 4-physical versions of the 4-games. Doesn’t matter if it was standard or collector’s.

So what do you guys think about this? Will you be pre-ordering Jak X physically? Be sure to let me know in the comments below!