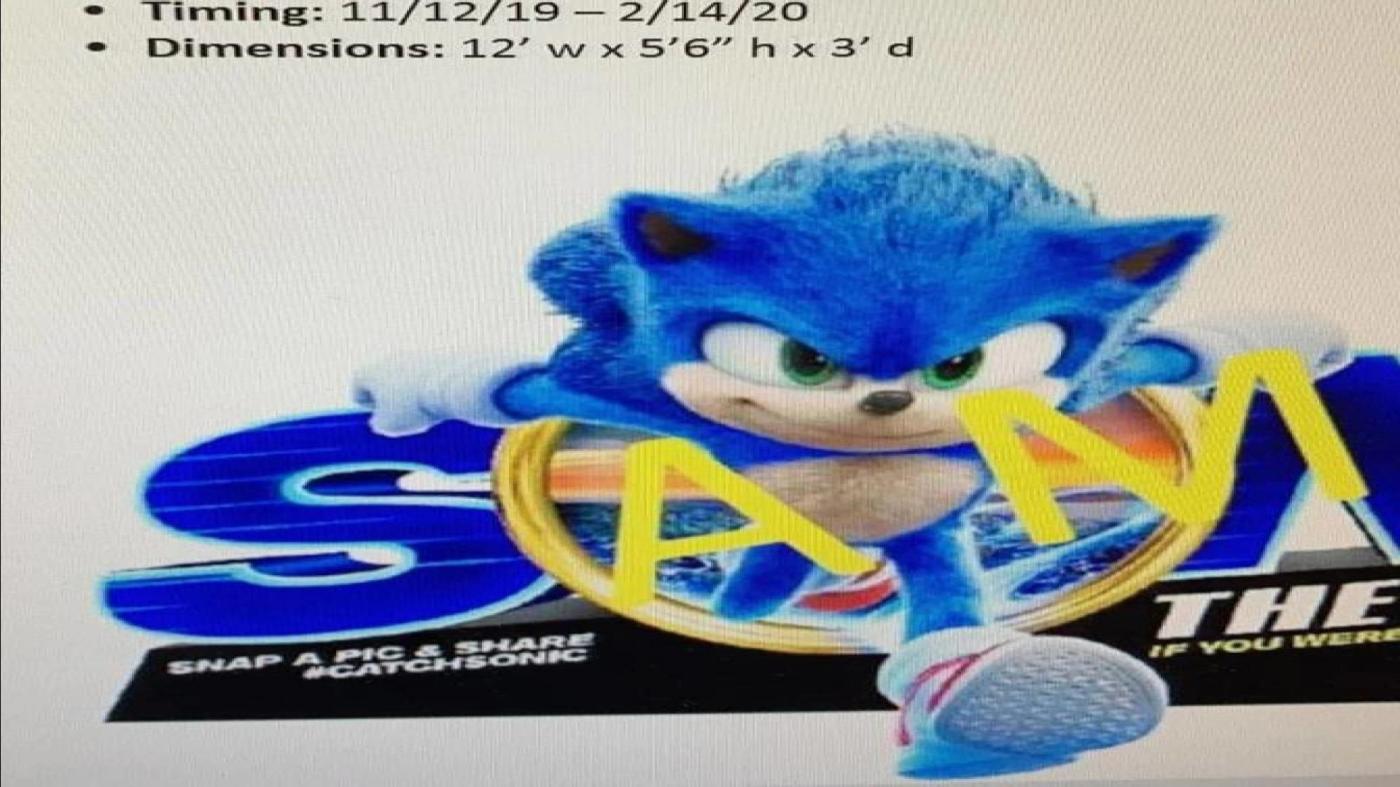 *Note: Article has been updated with the above video.

Update 2: Tails Channel has learned that the image has been spread around to various theaters via an affiliate from TSSZ news. It’s authentic!

Tails' Channel has learned that the leaked #SonicMovie standee image originated from a document that was sent to various movie theatres. Via affiliate @tssznews, we are able to verify its authenticity. #SonicNewshttps://t.co/AGhv6pud1n

Can't publicly verify the source, but hopefully this makes up for our lack of a #SonicMovie trailer. pic.twitter.com/iBqOV371VT

There we have it everyone! It appears like Sonic’s film redesign has been leaked for the 3rd time, but this time a much, much closer look at the Blue Speedster himself!

Thanks goes to SnideyMcCoolGuy over on Twitter for posting this. But they can’t verify the source of the image.

Provided this is real of course, which it does look legitimate as it does closely resemble the previous 2-leaks from the past month.

A bit of an analysis. Sonic’s eyes are still 2-separate eyes, but with an added white space to create the joined eyes look of the games. His nose has been altered to look more like the games than a real hedgehogs.

We can see Sonic’s shoes again, the bottom’s aren’t the usual style but it’s to be expected and kind of minor. The stripe on his shoes is seen again, although still can’t tell if there’s still a gold buckle or not.

To add onto this, there are some dates for this theater standee to possibly start being put out. Being November 12th (next Tuesday) to the film’s premiere day. So if we go by this, a trailer may arrive next week.

As for the “AM” on the image, it could possibly be a watermark for AMC Theaters perhaps. We’re still not sure on that.

So what do you guys think about this? What do you think of Sonic’s new design? Be sure to let me know in the comments below!