*Note: In the above video I went into a bit more detail in certain aspects compared to the article. Feel free to heck out both if you wish.

I actually had a hard time choosing some of these villains for this list. Seeing as the series has plenty of unique characters that I do really enjoy. With very few that I don’t.

Quick note before I begin, I will be including some series lore in here as well. Reasoning for this is to give more of an understanding as to why I like these characters the way I do.

With all that said, let’s get started with #5: Captain Slag.

Okay, my primary reason why I like this villain is because he’s a pirate. Well, a robot space pirate so to speak.

Captain Slag and his robot crew debuted in Tools of Destruction. Including his 1st mate Rusty Pete, who’s sort of like Slag’s equivalent to Lawrence with Dr. Nefarious. Which is where most of Slag’s humor comes from is being annoyed by Pete.

Emperor Tachyon created the robot pirates so they can gather Lombax technology for him from around the galaxy. Once they found enough, Tachyon banished all of them to Praxis Seven. Before Captain Slag became captain, Captain Darkwater was in charge. That was before Slag double-crossed him.

Interesting thing about Slag, is that he possess’ numerous abilities depending on the body he’s using. In his original body from Tools of Destruction, his arm can change into hooks, hammers, a coffee mug and after drinking said coffee can breathe fire. Okay, I’m joking it’s not really coffee.

In Captain Darkwater’s body, he appears to be a good swordsman. Well, at least until he gets his sword stuck in the floor. With Darkwater’s spectral aura, he becomes even more powerful.

So basically, why I really like Slag is everything that’s got to do with the character. Especially with the whole pirate theme, which I can thank the Pirates of the Caribbean films for getting me into.

Between the Thugs-4-Less Leader from R&C2 & Emperor Tachyon at #4. Well their both really entertaining characters sure. But in terms of story, Tachyon wins there.

All except for Tachyon, who’s egg was found frozen on the Kreeli Comet by Lombaxes long after those events. The Lombaxes raised him on their home planet, Fastoon. Tachyon was peaceful toward the Lombaxes until he learned of his species origins. After that he wanted to destroy all Lombaxes for what they did to his kind and locate the Lombax secret to bring back the Cragmites. Eventually creating an army and taking control over most of the Polaris Galaxy.

I would go much deeper into this, but that’ll be for another time. As this is a Top-5 list, not a dedicated lore video.

So it’s mainly for Tachyon’s deep story & humor that makes him one of my favorites. Plus, he kind of reminds me of Ripto from the Spyro The Dragon series (another series developed by Insomniac Games, now Toys For Bob with Reignited).

You know, with the large head, sceptor, red gem, being short and having an overall dislike of the main characters species.

Putting all this together, definitely makes Tachyon one of the best new villains introduced in the Future Saga.

Being this close to Halloween, I just had to include a villain from the spookiest Ratchet & Clank title, Into The Nexus.

Vendra Prog and her brother Neftin Prog are a species of creature known as Nethers. They were sent to Ratchet’s dimension from the Netherverse at a young enough age to adapt to this new dimension. How they got to Ratchet’s dimension, was via Nether Rifts that the Great Clock left behind after it repaired the space/time continuum caused by the Fongoids misuse of time travel.

Even though Vendra is #3 on this list, she still remains my #1 new villain introduced in the Future Saga. And there’s a few reasons for that.

For one, her powers are supernatural based. This includes telekinesis, manipulating objects, creating energy waves & fields, etc. These powers were given to her as a gift from Mr. Eye. You know, the Nether Leader that betrayed her.

So basically she’s the only supernatural themed villain in the series. Which is rather fitting as Insomniac intended Into The Nexus to have a spookier tone/feel. (The Art Of Ratchet & Clank states that “Inspired by the evil queens of fairy tales, Vendra served as the 1st step toward the spookier edge of the franchise”. If that implies later main series titles will be spooky themed, we’re not sure.)

At the same time, Vendra is also the 2nd main female villain in the series. The 1st being Courtney Gears from Ratchet & Clank 3.

The other reason is her personality and backstory. Despite Into The Nexus being one of the shortest Ratchet & Clank games, there was no shortage of backstory, character depth & development to Vendra’s character.

Vendra at 1st has a dark personality and as Talwyn put it “Cold & Empty”. This was only because she was driven to do whatever it took, no matter who or what got in her way to achieve her goal of re-uniting with her kind, the Nethers. By means of using a Dimensionator to bring them to Ratchet’s dimension. Reason for this, is because Vendra & Neftin have been in Ratchet’s dimension for far too long, preventing them from even return to the Netherverse.

Vendra was similar to Ratchet in this sense, except she was willing to take any risk necessary and endanger the galaxy to achieve this goal. Which is the opposite of Ratchet, who was Not willing to take the risk of using the Dimensionator & the Great Clock to be re-united with his kind, the Lombax’s. Something that Azimuth was willing to o in A Crack In Time, no matter the cost to undo his mistakes.

Anyways, after Vendra was betrayed by the Nether Leader, her personality completely changed. To well, at 1st sad and vulnerable. Understandable, as you worked for years to be re-united with your own kind just to be betrayed by the leader. And overall much kinder to those around her. Although, didn’t exactly like the idea of going to jail.

Now this is the type of character development/depth that I really enjoy from this series and it particularly stands out with Vendra compared to other R&C villains. I really enjoyed what Insomniac did with the character and hopefully we’ll get to see her return in a post-ITN game. Although, I wouldn’t see here being a villain this time around. But who knows. 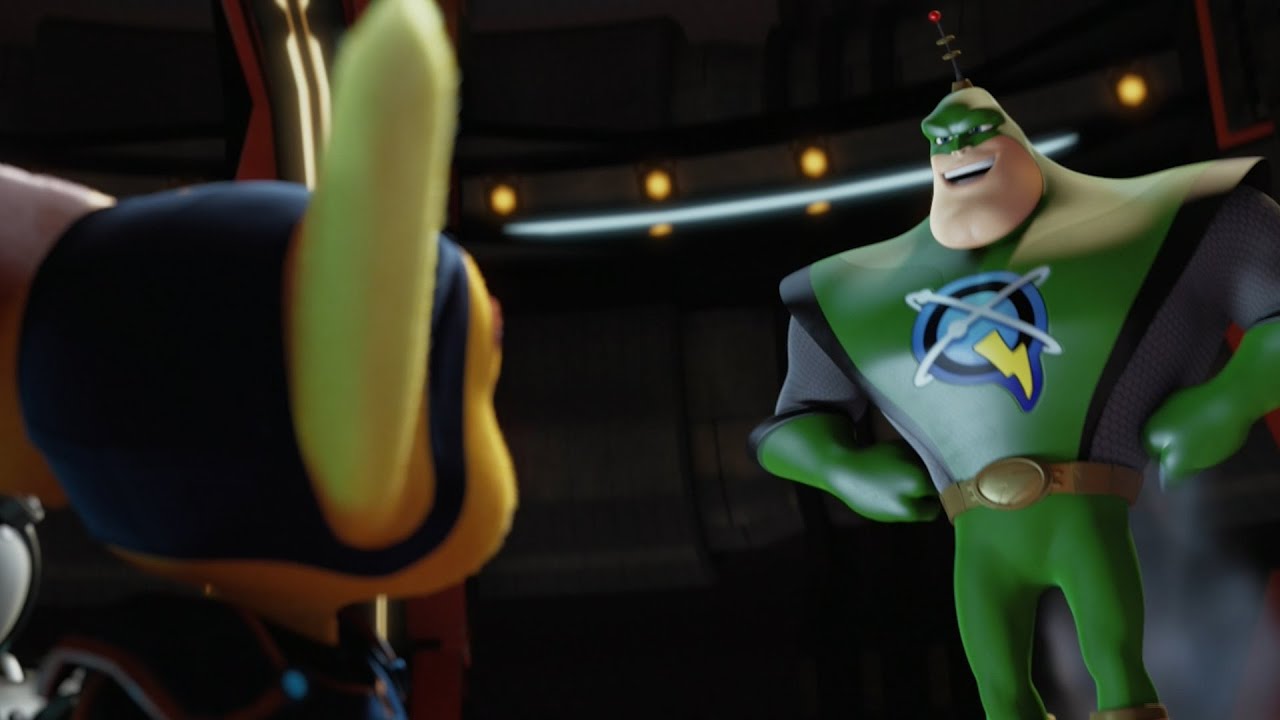 So for this portion of the article, I’m only referring to the main series appearances by Qwark. Not the Movie/PS4 Re-Imagining as he’s basically the same character in it.

Anyways, in the 1st 2-games, Captain Qwark was a villain because of fame & money. Basically putting his hero status above all else. Allowing Drek to destroy planets, betray Ratchet & Clank and creating the Protopet problem just to be the famous hero everyone thinks he is. Well he attempted to rebuild on this in the 2nd game but failed…very badly.

Of course, Qwark’s character was redeemed in the 3rd game of his villainous acts. And also became less selfish & looking out only for himself. Okay maybe not so much that last part as he was willing to serve Tachyon just to save himself because of his cowardice.

Like Drek put it “You really are an idiot”. That basically describes Qwark perfectly and is why I like the character so much. As I think that’s where most of the series humor resides is with Qwark. When he doesn’t apppear in a game, that’s when games like Deadlocked feel empty and less humorous without him. But those stories still try to be funny in their own way regardless.

Another thing I really enjoy about Captain Qwark is his tendency to make up some hilarious and probably (mostly) untrue stories of his past adventures. Combined with taking credit for others accomplishments like defeating the Tyrannoid Leader (R&C3) and Nefarious’ Amoeboids in Blackwater City (R&C1). But we all knew what he was doing while the latter was happening.

So Qwark may not’ve been a villain in many games or even been a very good hero most of the time. But being at the center of the series’ humor and having good character development from hero to villain to hero again. Is a solid enough reason for Qwark to be at #2.

But there’s only 1-villain that remains at the #1 spot in this Top-5. And that’s fan favourite character & Qwark’s arch-enemy, Dr. Nefarious! 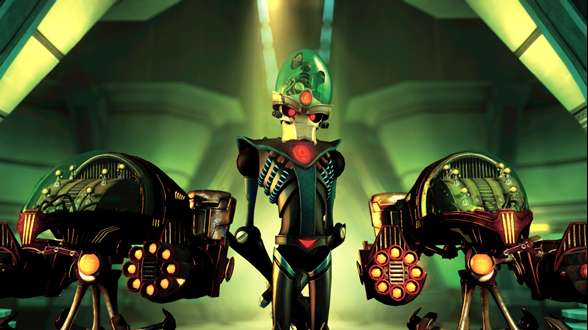 (Again, Not implying the PS4/Movie version as he’s basically the same character. Minus malfunctioning, being robotic & the exclusion of Lawrence.)

Dr. Nefarious is easily the best villain in the entire series, my opinion of course. He’s literally the perfect example of an evil scientist gone robotic because of an accident caused by Captain Qwark. 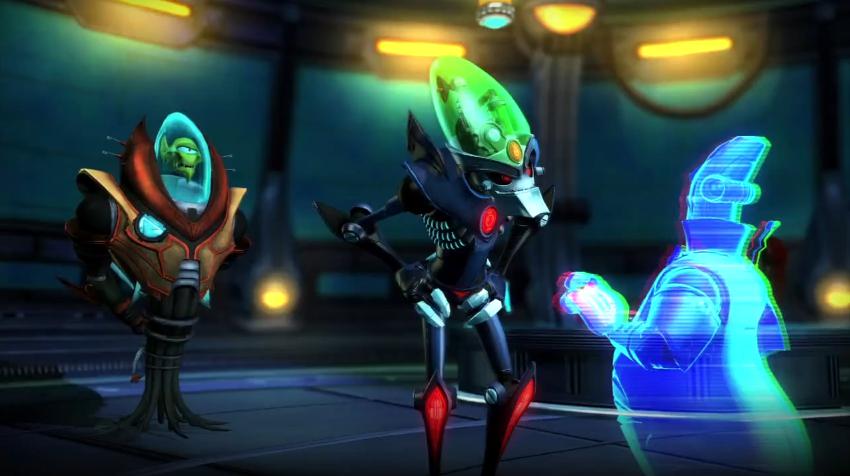 When accompanied by Lawrence, who usually makes him so mad that he malfunctions (mainly when it involves Qwark) and another character has to snap him out of it. Which is a running gag throughout the series that I literally cannot get enough of.

As a robot, Dr. Nefarious despises all organic lifeforms, which led to the creation of the Biobliterator (R&C3) to turn all organic lifeforms to robots. After that failure, he winded up on an asteroid for about until sometime during Tools of Destruction before embarking on a new plan to control time itself with the Great Clock.

Even though Nefarious is the main villain in the series, he didn’t get a whole lot of character depth (outside of backstory) & development until All-4-One.

Where after having to work alongside Ratchet, Clank & Qwark, he starts to chane his attitude toward them throughout the game. Even saving Qwark later on. 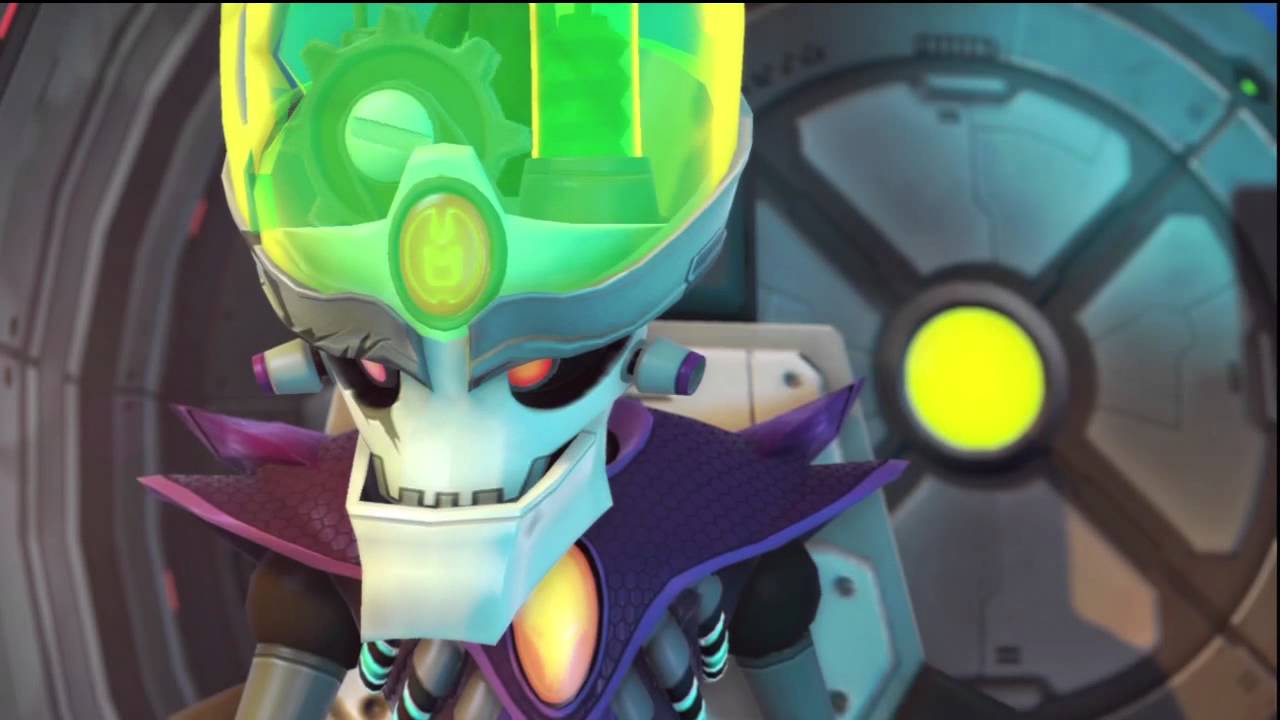 Going by All-4-One’s ending, it seems Insomniac may have more planned for the future of Nefarious’ character development. And I’d definitely like to see how they take Nefarious in the next game. Will he turn good instead of being the villain again? That’s something I’d definitely can’t wait to see.

Dr. Nefarioous is easily the main highlight of the series for me due to the perfect balance between menacingly evil, absolutely N-Sane (Crash Bandicoot joke intended) & outright hilarioous to the point of rivaling Qwark in the humor department.

All of that combined with some character development beyond his typical villain role, add up to make Dr. Nefarious, in my opinion, the best villain in the R&C series.

So what do you guys think about this? What are your Top-5 Ratchet & Clank villains? Be sure to let me know in the comments below!