*Update: Nothing Ratchet & Clank was shown at Gamescom 2019’s Opening Night Stream. But we did get news that Insomniac Games was purchased by Playstation during the stream.

So, will the next Ratchet & Clank game be announced at Gamescom 2019? Well, there’s a possibility going by some recent posts by Insomniac Games & Yosp on Twitter that could hint at a reveal.

My office area, with friends 😀 pic.twitter.com/d3tyrjchGZ

So I’m starting with this one by Yosp (president of WorldWide Studios & Sony Interactive Entertainment). Well we see 2-versions of the Ratchet & Clank statue with some Pipos from Ape Escape. Now what’s interesting here is, that in Japan & Europe a Pipo skin was available for Ratchet in both Up Your Arsenal & Deadlocked. Never in North America though. 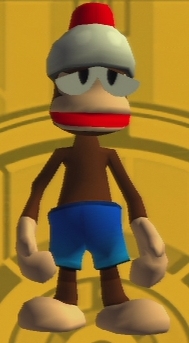 Now I haven’t kept up with Ape Escape outside of the website getting updated recently. Suggesting that a new game could be on the way for that series. But at the same time we got hints for Ratchet & Clank. Like for instance Colin Moriarty (former head of IGN’s Playstation division) hinting that “we haven’t seen the last of R&C on the PS4”.

Now knowing this, Insomniac Tweeted about Ratchet Deadlocked recently. However I don’t think this one really constitutes as a hint of any kind. But it’s interesting because this was 8-days before Yosp’s Tweet with the R&C statues.

A #TBT to the DreadZone. Who needs playable Clank? pic.twitter.com/IaBI92CgCF

But it wasn’t until this Tweet that I thought a reveal could be coming very soon.

I know, it doesn’t look like much outside the usual screenshot from Ratchet & Clank: Going Commando. But I want you to focus your attention to the right side of the screen on this very out of place text box.

As you can see the text says “Ratchet and Clank:” but we don’t see the rest of the title. Now if you look at all of Insomniac’s other Tweets with images from R&C, you don’t see this anywhere. Including the above Deadlocked Tweet.

So I came up with a few ideas what this could mean;

I don’t know if this is an intentional clue or an accident. But it does seem interesting that it’s basically posted a few days before Sony makes some sort of announcement at Gamescom 2019’s Opening Night (which begins at 2PM EST). Which is their 1st gaming event they’ll be attending this year.

Oh and let’s not forget that Ratchet mascot suit with the Sly mascot suit at the start of the year.

And also the presence of Ratchet & Clank scattered throughout the Insomniac Games video with Brian Allgeier.

But I’m really hoping it’s a sequel to 2013’s Into The Nexus further explaining the cliffhanger ending rather than another Re-Imagining.