Well I did some digging around the ITunes page for the upcoming Scooby-Doo! Return To Zombie Island film. And I found a couple of interesting things.

So I digged around the @iTunes page for #Scoobydoo Return To Zombie Island and I found a couple interesting things.

The 1st being the theme that plays on the page itself, which I'm assuming is the main menu music.

I apologize for the audio quality, but it's the best I got. pic.twitter.com/Z6JINBCk5i

The 1st of which was a piece of music, which I’m assuming is from the main menu. Just my guess. But the track itself sounds sort of familiar, but I can’t figure out how. And I apologize for the audio quality as it’s the best I can get. 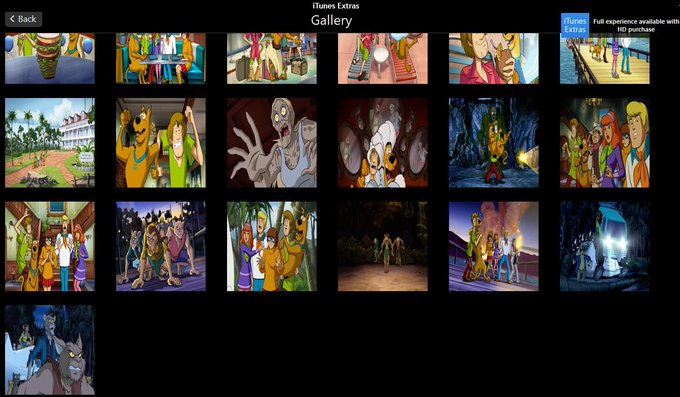 The 2nd thing I found was some more new screenshots. I couldn’t get them in full screen for some reason. In them we can see new looks at the film’s cat people and what appears to be the same mansion from the 1st film.

Last thing I should note is that clip that we got recently is strangely not on the ITunes page. Even though that was said to be the source. Now it could’ve been removed since it’s posting.