CTR:NF released and I think it might be time to discuss some recent finds in the game that point to what lies beyond the 1st 2 Grand Prix’s. So possible spoilers ahead, if you don’t want to be possibly spoiled. Then read no further.

For those that want to keep reading, let’s get right into this.

CTR Season 4 will be Halloween themed (as of v1.01) pic.twitter.com/DLKeD5t0Em

So well known Crash Twinsanity data-miner, BetaM over on Twitter. Uncovered when the next 2-Grand Prix’s after Prehistoric Playground will release. And like I expected, each Grand Prix will be a month long each.

This is kinda a CTR Spoiler but the VA’s for Sparx, Ripto, Hunter, and Spyro have been found in the credits for CTR: Nitro Fueled. Could they be coming in the upcoming Spyro & Friends GP? pic.twitter.com/B8JB1GgmS5

I mentioned before that I kind of expected Sparx to get in as a mask & Ripto as a racer. But Not Hunter or Gnasty Gnorc though.

BetaM found an October Grand Prix (Tweet from earlier in the article) titled “Spooky”. Seeing as this is fr Halloween, this could mean 1 of 2 things. 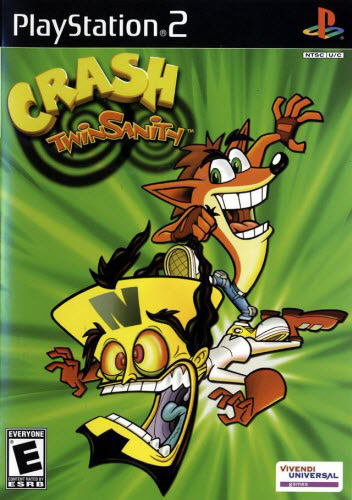 If it’s the latter, then it could be the Academy of Evil track with Nina Cortex as the unlockable racer. Seeing as Twinsanity was her debut game. Now I’m curious what other Twinsanity characters will get in.

But I would be beyond excited if Twinsanity got it’s own track especially after those easter eggs we got in Cortex Castle.

So what do you guys think about this? Does this get you all even more excited for the future Grand Prix’s? Please be sure to let me know in the comments below.