Note: I went into more detail on certain things in both the video & article. So be sure to check out the above video as well.

Well since Spyro 4 is likely to be revealed sometime in the near future, definitely Not this year though.

So I decided to go over 5 of the many things I’d like to see in the next Spyro game. Which I’m calling Spyro 4 for now.

So let’s start with # 5. The Minigames

The Spyro series offers a lot of minigames, particularly in Spyro 3. All of which are really enjoyable, okay maybe except for the Yeti Boxing minigame.

Toys For Bob did such a great job recreating them in Reignited and I can’t wait to see what new mini games they can come up with for Spyro 4. Maybe they could carry over the skateboard & Sparx mini games too.

This is something I really enjoyed in Spyro 3, which featured more playable characters outside of Spyro himself. Like Sheila The Kangaroo, Sparx, Sgt. Byrd & others.

Now I could imagine only a few of these characters carrying over to Spyro 4. As bringing in all of them plus new characters might take too much focus away from Spyro. 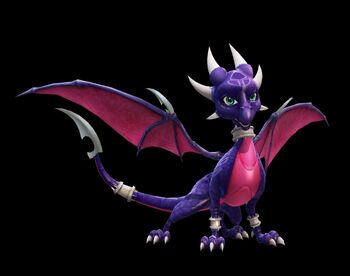 But only one character that I can think of being introduced to this version of Spyro (redesign needed of course). Would be Cynder.

..Am I seeing things or is this an easter egg…?#Spyro pic.twitter.com/J3c83rjfzW

Now you may remember this image of a possible Cynder easter egg in the Spyro 1 Reignited credits. Which could mean that Toys For Bob might have been planning on bringing Cynder into the Classic/Reignited Spyro instead of leaving her behind with Skylanders (which I think might be finished). Possibly as part of a possible DLC.

Or an actual appearance in Spyro 4 with some story and of course being playable. Cynder could play like Spyro in a way, with similar abilities but some that are completely different than Spyro’s. Think Legend of Spyro Dawn of the Dragon or the gameplay comparison to Sonic & Shadow (different series, I know) for instance. 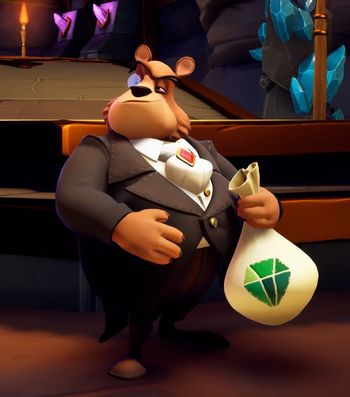 Another character I’d like to see, although unplayable. Would be Moneybags. Do I need to say more? This character’s reactions to”No” and all the other stuff that happens to him are very enjoyable. I really hope returns, then maybe we could see how his retirement as a Haiku Poet went. Or maybe he gave up on that and went back to charging “small fees”.

In Reignited & the original trilogy (Spyro 3 as far as I know). Only mini-games & bosses could be replayed and earn the same collectibles again & again. This doesn’t happen to every level, as once it’s been 100% of gems & such. Those don’t reset. Meaning the player would have to do a new game every time they wanted to recollect gems & certain collectibles.

So if Toys For Bob used this idea, then that could increase the replay value. Of course a level reset would only happen if the level was already 100%’ed.

What I really enjoyed in the original trilogy was looking for every single last gem. Which brings a sense of accomplishment when 100%-ing any level.

But this disappears when their replaced with an infinite amount of gems like in A Heroe’s Tail. So hpefully Toys For Bob brings that specific gameplay element back in Spyro 4, along with many other elements.

Spyro can already use a number of abilities in the trilogy, but I think a few more could be great. Mostly returning abilities, like the one that’s really under-utilized was Spyro’s ice breath from Frozen Altars.

A breath toggle from later games could help utilize it better. In addition to certain enemies & obstacles being affected by a specific breath. Like opening new paths, freezing enemies in any level & such.

Other abilities like the double jump & ledge grab could return as well. But we might get the hover ability return from Spyro 3 as well. Which could be worked in somehow.

So what do you guys think about this? What do you want to see in Spyro 4? Please be sure to let me know in the comments below.