CTR:NF is due out in just a few short weeks, so I wanted to go ahead and go over 5-characters I hope to see. Now keep in mind these are just my hopes, I’m Not expecting all of them to get in. Maybe 2 at least.

So without further ado, let’s get started with #5, Uka Uka. Now I know what some you might say “Uka Uka’s already in the game so what are you talking about?”, so I’ll explain.

You see outside of the Crash racing games, Uka Uka has had a couple of temporary forms to defeat Crash, like in Twinsanity & Titans. That could easily work in this game, add skins to that like lava & such. I mean really, imagine him driving a kart without a body, that’d look so weird.

So I’d say Uka Uka is unlikely to be a racer, since he’s already in the game as a mask for the villains. Although it’d be hilarious to see him circling around himself.

Anyways, back to the point, they’d technically be 2-different characters. So that’d mean 2-racers, unless you can change between them via skins since they look alike. But honestly that’d just be confusing. And again, these 2 are unlikely since their from Twinsanity instead of other Crash games.

This character is very likely since she appeared in CTTR after being introduced in Twinsanity. Seeing as there’s already cameos of Nina in Cortex Castle and the inclusion of CTTR karts & skins.

But if Nina gets into the game, than that’ll likely open up possibility for other CTTR characters to be included as well. And maybe a Twinsanity Re-Imagining, don’t get your hopes up for the last part. 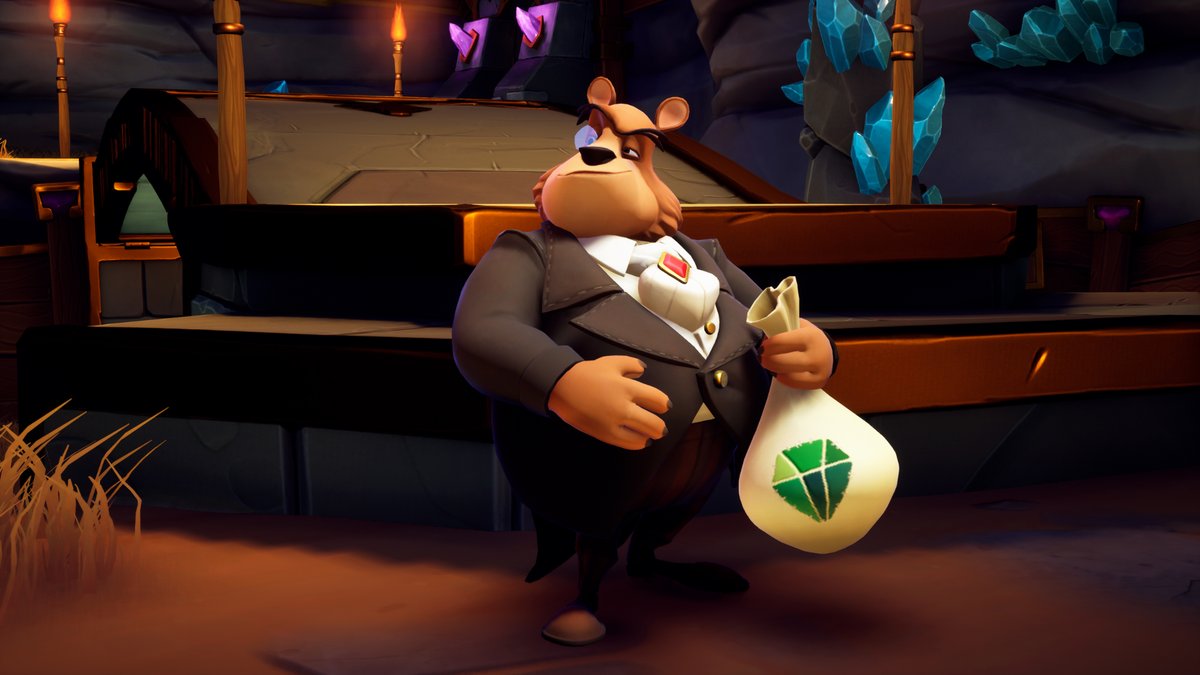 I know, this is a Spyro character and Not a Crash character. This’d mean he’d be a guest character, now if you ask me. I believe there should be at least 2-guest characters and 2-only. And I’ll get to the other in just a moment.

So with Moneybags, I believe Beenox could have a lot of fun adding him into the game. Like having his victory animation consisting of him clinging to his gem bag & trophy, Not letting anyone near it. Maybe sqeeze in his “a small fee” line in there somewhere.

Or when Moneybags smashes a Wumpa Crate, he’ll collect gems instead. And when he takes damage, he’ll just drop games instead kind of like a callback to Spyro 3. Maybe have a funny animation where his bag opens and gems come flying out.

And the gem concept can apply to Spyro as well, who is #1 on this list. Spyro is Highly likely to appear as a racer in CTR:NF, just by adding all the hints we’ve had since Thanksgiving.

Then add onto the recent hint from a few days ago involving Beenox following Spyro on Twitter.

And we seen this before with the Crash Twitter following “FalconMcBob” on Twitter before the reveal of Reignited.

Anyways, Spyro as a racer could have Sparx as his mask instead. Same for Moneybags (Really? Sparx what are you thinking?).

Spyro will also likely include skins, just like the other racers. His skins could consist of the power-up skins, cheat code color skins, sunglasses, low-poly all from Reignited. Now if Beenox wants to they could add some Legend of Spyro skins or maybe…you ready for this? Skylanders Spyro!!

Since Spyro would be a guest racer, it could be likely that he may include a special kart or track. Now don’t go assuming that the mystery PS Exclusive retro track is a Spyro track (which’d be a bad idea since Spyro is on other consoles already). Sure we got some Spyro track concept art, but that’s it.

So what do you guys think about this? Please be sure to let me know in the comments below.