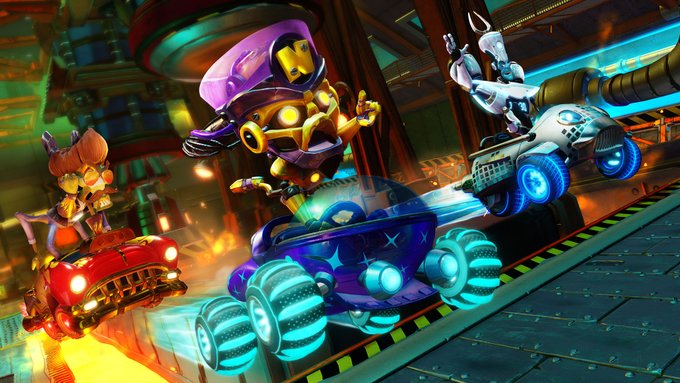 Update: More sources have also revealed that CTTR tracks are coming. At 7-minutes in the below video.

And apparently some Warped based tracks as well.

End of update. *New Update, WhatCulture Gaming pinned a comment under the below video, clarifying that there are No CTTR tracks in CTR:NF. And I apologize for spreading any false info. Which is something I try really hard to Not do. End of new update.

So CTTR tracks are being included in CTR:NF according to WhatCulture Gaming on YouTube. This has just became the ultimate Crash Racing experience, again lending truth to that rumor that the 3-Crash racing games would be included.

But this can also mean that we’ll see CTTR characters too, considering we just got the CTTR skins & karts revealed recently. Plus CTTR’s Chic & Stew in the background in the trailer.

Another possibility is a character that was introduced in Crash Twinsanity, who appeared in CTTR. And that character is Nina Cortex. Twinsanity re-make coming? I wouldn’t say so just yet.