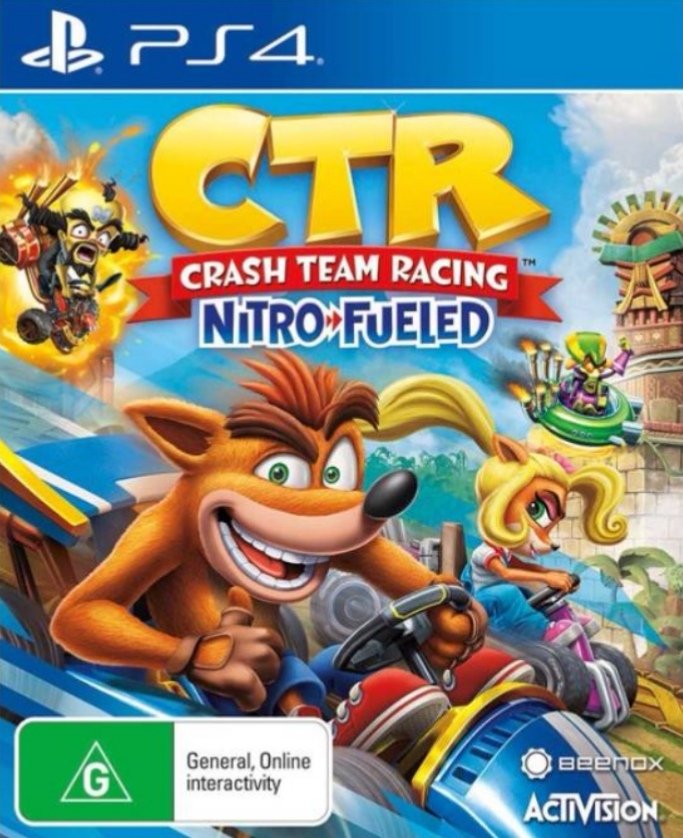 It’s that time again everyone and this time for Activision’s Crash Team Racing Nitro-Fueled. Not much to say outside of it looking great, just like N-Sane’s & Spyro Reignited’s. Definitely an improvement over the previous cover art.

Now we’ve had numerous new gameplay of Tiger Temple, new skins and the stickers that were mentioned during the reveal. Thanks goes to Se=teffan over on Twitter for the skins footage.

SaveMedievil on Twitter for the sticker screenshot (stickers can also go on the sides of the karts.

The above link from Streamable, Thanks goes to Kapwing for the reserve system & Sacred Fire secret technique in the Gamestop CTR:NF demo.

Also for those familiar with my YouTube Channel, well it’s sort of on pause right now. But I’ll still be writing these articles for you guys.

Anyways, What do you guys think about this?  Be sure to let me know in the comments below.