With rumors of a new Ratchet & Clank game for PS4 on the way, I thought It’d be the perfect time to discuss what could return in the next R&C game. Well 5-things specifically, but I’m sure more will return as well. So let’s start off with #1: The Raritanium Upgrade System.

This system is the best way to upgrade Ratchet & Clank’s arsenal to whole new levels. With additional bolts, nanotech, raritanium, range, speed, you name it. It’s all here.

The system itself started in Tools of Destruction back in 2007, then returned in Into The Nexus in 2013. Then in the PS4 Re-Imagining, so this one’s likely to return in the next game. 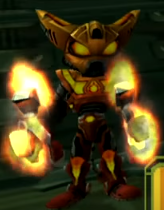 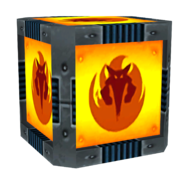 This is something that was introduced in the 3rd Ratchet & Clank game, Up Your Arsenal. But strangely Insomniac Games never expanded on this particular gameplay element again. I mean it’s basically temporary invincibility in a power-up box, which could be one of the reasons why this game was easier than the 2nd R&C game.

But with some tweeks and variety mixed in this could be a great returning feature.

Above gameplay by IGN. The Jetpack was 1st introduced in 2013’s Into The Nexus and returned in the PS4 Re-Imagining. This new Clank expansion allows for Ratchet & Clank to reach news, hard to reach areas. Faster travel in larger levels and allow the duo to take on numerous flight based enemies.

For these reasons alone, makes the Jetpack a great returning choice for the next game.

In the Future Trilogy, Ratchet’s wrench was upgraded to the Millenium 12. Which can pick up or grab objects to throw at enemies. Pick up Helio-Grubs & battery bots, to light up dark areas or activate machinery. This carried over Into The Nexus, but skipped the PS4 Re-Imagining outside of 1-cutscene. Same for the film.

The Millenium 12 also featured a Kinetic Tether which would allow Ratchet to manipulate or move nearby objects. Now this particular feature strangely was not used anymore after 2009’s A Crack In Time. Which why Insomniac Games removed it I’m not sure, as it was such a great feature.

But hopefully these abilities will return, as it felt odd playing Into The Nexus after I just finished A Crack in Time without the Kinetic Tether.

Probably one the best features in the series, which didn’t make a return in the PS4 Re-Imagining 3-years later.

Now the thing about the Zero-Gravity in Into The Nexus, it was only used in the 1st level and the final boss. Which to be fair the game had only 6-levels, so it was kind of understandable why it was underutilized.

Now I believe there is some room for expansion for the Zero-Gravity mechanic and that is to combine it with A Crack In Time’s space gameplay.

Imagine this, your flying Aphelion through these sectors with various moons and planets like in A Crack In Time. Now you enter a combat area, where the more ships you destroy the more debris is left behind. And if your ship runs completely out of health, you have maybe 5-10 seconds to eject out of the ship before it crash lands onto a nearby moon.

Which then you’d have to use said magnetic debris to reach the moon. Then collect a few parts and bring your ship back to a repair pad via the Kinetic Tether. But of course this could get annoying after a little while, but with your ship more and more upgraded. It’ll happen less often or maybe not at all.

But these are just some of my ideas, which may or may not happen. I’m sure other things will return as well along with new things.

Anyways, What do you guys think about this? What do you think could return in the next R&C game? Be sure to let me know in the comments below.