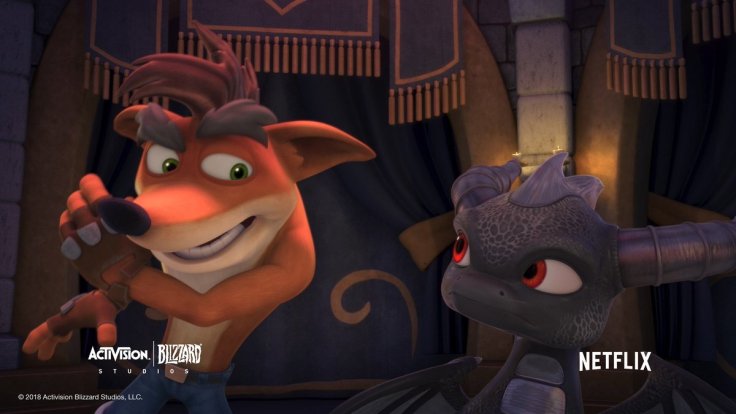 (The above image was revealed by Crash’s new voice actor in the show, Rhys Darby)

Okay so it’s been a few days since we got the announcement of the release date for Skylanders Academy season 3, but for a few days after the shows new showrunners tweeted hints on the official Skylanders Twitter account. So some of hints that were mentioned imply several things about the characters. This Tweet seems to confirm more Crash Bandicoot characters

Now what could they mean by backup? The only characters that have helped Crash before are Aku Aku and Coco. Now I know Coco hasn’t appeared in the Skylanders franchise yet, but that doesn’t mean that she couldn’t. Aku Aku has already appeared in the franchise for the Thumpin’ Wumpa Islands pack for Skylanders Imaginators, so he’s likely. But Dr. Cortex and Uka Uka also appeared in the same pack, so these two also appearing as villains could also be a possibility. This next one involves Cynder’s involvement in this season

Now according to this Tweet, Cynder will have a bigger role for this season. How big I’m unsure, but will no doubt be bigger than in season 2. This next one I’m not sure about if it’s a hint or something else, but I thought I’d post it anyway.

They could be implying that Legend and Reignited Spyro could appear in the new season of Skylanders Academy. This is something that has been discussed before over on Twitter and probably other places too. It is an interesting idea that could happen, but we’ll have to wait for one more month to find out. Other Tweets indicate that Stealth Elf will have a new mentor in this season, which brings up the question of “Will Ninjini return in this season?”. Well since she appeared in the previous season it’s likely that the same will happen in this season.

I’ll leave the link below so you can check out their other Tweets that hint at what’s going to be in season 3. It ain’t much yet, but it’s more info than we had before.

We also got one more new screenshot that appeared over on Twitter, I’m not sure who posted it but I’m assuming it’s from the season premiere episode.

Now onto the new Spyro Reignited Trilogy news from a few days ago, showcasing a new cutscene from Spyro 2 Ripto’s Rage and Elora’s new redesign.

"I'm a Faun, you dork!" pic.twitter.com/MsfMNXvJC1