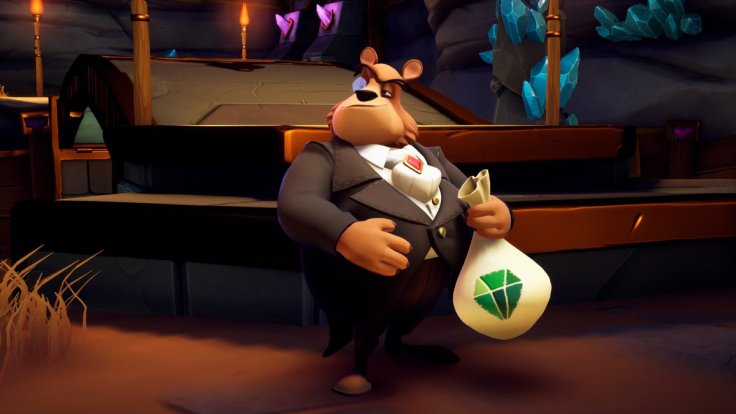 Moneybags has been revealed for the Spyro Reignited Trilogy. I really like his design, you can actually tell he looks like a bear. The design really fits the character a lot. However I’m Not looking forward to giving him my gems to pass through the level. But at least I’ll get them back at the end of Spyro Year of the Dragon. 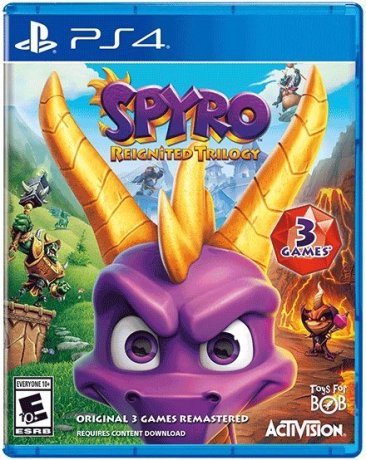 Also what’s been revealed today is the final box art for the Reignited Trilogy. But when you look closely at the bottom of the art it says “Requires Content Download”. Now this could easily be assumed to be downloadable content or a patch, until this is shown on the official Spyro website.

Now a lot of Spyro fans are not happy since Spyro 2: Ripto’s Rage & Spyro Year of the Dragon both have to be downloaded separately. Now as far as I know Crash on PS4 didn’t do this (it might’ve I’m not sure) neither did the Xbox One version. Now I know Crash on Switch, all three games and both bonus levels were included without any extra downloads. Now I hope they don’t do this with the Switch version of Spyro Reignited, but knowing how much space Switch games use (which is a lot less than console versions), they’ll probably put all three games on one cartridge like Crash. Crash’s Switch digital version was only 5.2GB compared to the console versions (19GB for Xbox One, 30GB for PC, 23.32GB for PS4).

Anyways what do you guys think about this? Do you like Moneybags design? Do you Not like the idea of downloading the other 2 games in Spyro Reignited individually? Let me know what you guys think in the comments below.