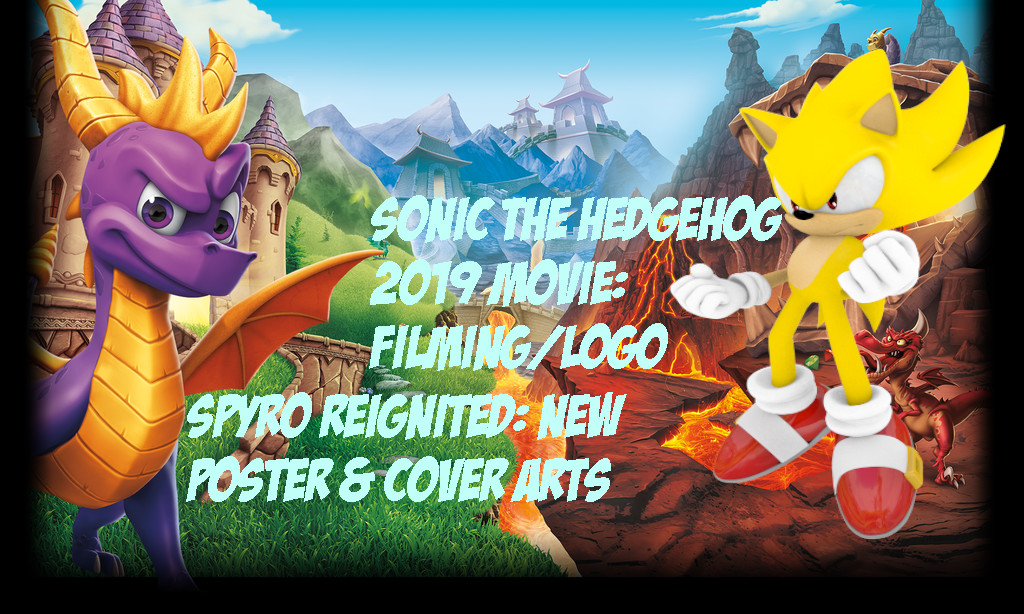 Okay everyone, after a quiet few days we finally get some more news for Spyro and Sonic so let’s begin. So about a day or two ago Gamestop updated their page for the Spyro Reignited Trilogy with the above image. It’s basically the final cover art, except with certain things missing. Also it includes Spyro in his pose from the first Spyro game. Then theses began to surface.

These appeared on an international online store called Game. That’s literally the name of the store. Anyways they ave us our first look at the Reignited versions of the original Spyro game covers, like what we seen with Crash. Also these show the character redesign of Bentley the Yeti from Year of the Dragon. Now he looks more like the design we seen in Spyro A Heroes Tail. Also we get a small glimpse of Sheila the Kangaroo, who also has a redesign that some fans aren’t liking all that much. But I would have to see how her design looks in-game to really base any decision on. Also Playstation posted about two minutes of Sunny Flight footage, now this was at E3 2018. However the differences from this build to the E3 build include; the level having more green and being brighter. Spyro is also capable of pulling off mid-air tricks, which are new and were never in the original game. Here is the footage.

Now onto the next part of this article, which is about the Sonic The Hedgehog film. Now preparations are getting underway to begin filming on the 30th. But in addition to this, there have been these pamphlets/notices in the area letting people know about the filming that will take place in the area. On these pamphlets however we get the logo and title for the film. 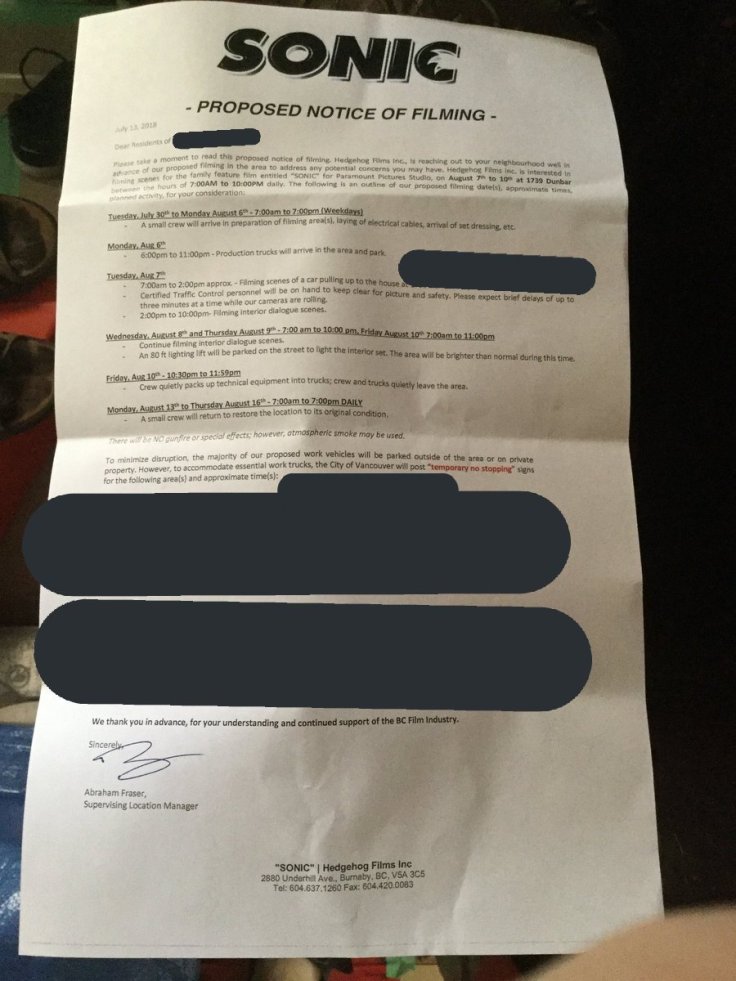 Now in the pamphlet we also notice again the Hedgehog Films is brought up for the 2nd or 3rd time in recent months concerning the film. This also happened with the Ratchet & Clank film, where “Ratchet Productions LLC” was shown in the credits, as well as the announce trailer in 2013. Anyways it seems that the film will just be titled Sonic, going by the above logo. Now putting the Sonic emblem in the “C”, instead of the “C” being only part of the “O”. Was a good move and would help the audience recognize the film with “The Hedgehog” being absent from the title. Now the logo looks really good, even fans are already putting the traditional Sonic colors/textures on it and they look great.

So we got SDCC 2018 this Thursday where both the Sonic & Spyro Panels will be held. Now will we see anything regarding the Sonic film, I don’t know. But since Sonic Mania Adventures will release it’s final part tomorrow, it will unlikely have any appearance at the panel. As for the Spyro Panel, the panelist list has been updated with the three Insomniac Games employees that will be there and they are; Ted Price, Brian Hastings and Brian Allgeier. So that little bit of info wasn’t in my video, so I thought I’d put it here. So again both panels will take place on the 19th, this Thursday at SDCC 2018.

So what do you guys think about all this? Let me know what you think in the comments below.