So I’m sure many of you may be wondering what’s going on with the Sly Cooper TV Show and Sonic Boom’s 3rd season. Now the answer to that is very uncertain, so today I’ll be trying to predict when we might see something for both shows. I also posted my video above for further information. So without further ado, lets get started.

First I’ll start with Sonic Boom, which as many of you already know that season 2 ended back in November with the 2-part episode Eggman The Video Game. The 2-part episode was released within a week of Sonic Forces’ release. Anyways many of you (including me) have wondered when season 3 might get announced. But first let’s start by why it probably wasn’t announced or confirmed and I think that has to do with Sonic Mania Adventures. 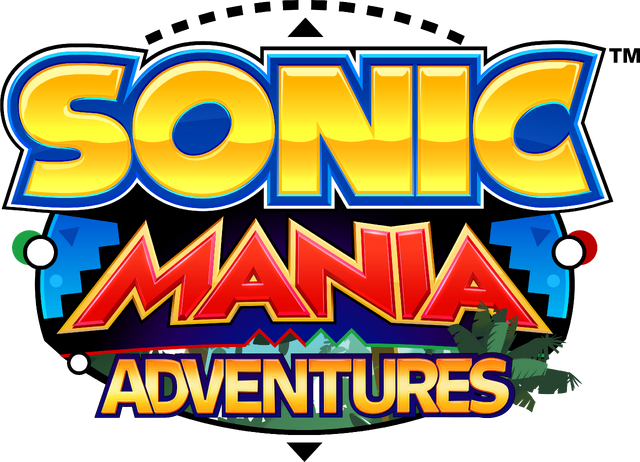 Sonic Mania Adventures is probably why Sonic Boom season 3 wasn’t announced and probably waiting until Mania Adventures releases it’s final part later this month. Which is also around the time filming will begin for the Sonic film. Now I believe there could be an announcement for Sonic Boom season 3 at SDCC 2018, which is starting on July 19th and running through July 22nd. For the past two or three years Sega has attended with Sonic panels, so this year shouldn’t be any different. Sega has yet to confirm if they’ll be attending this years event. There’s plenty that could be featured there so I don’t see why not, I mean we’re getting; Sonic 2019 movie, IDW Sonic comics, Team Sonic Racing, Mania Plus, final part of Mania Adventures. With all these that could appear at SDCC 2018, it could be possible for Sonic Boom to at least get included in there.

But SDCC chances are slim instead it could be announced at Mipjunior/Mipcom 2018. So Sonic Boom season 3 wasn’t announced last year, before season 2 ended. Like back in 2015 when season 2 was announced at Mipcom/Mipjunior 2015, a few weeks before season 1 finished. So they skipped 2016 possibly for Mania Adventures and might possibly announce season 3 at Mipjunior on October 13th-14th in France. I’ve also got more proof that season 3 is coming, but that’s later on in the article.

Next up is Sly Cooper, I’ll get back to Sonic Boom here in a minute. First let’s discuss the same thing fr Sly Cooper’s TV series and Sly Cooper 5 (AKA Sanzaru Games Secret Project). Now it could be possible the reason why were not hearing anything on the show is because of it’s status. First it’s in pre-production, then it’s back in development, now the whole Sly Cooper fan-base is confused about what’s going on. What made things more complicated was that Technicolor Animation changed their Twitter and YouTube banner/profile images to this

right before E3 2018, so everyone thought that something for the show and possibly Sly 5. Or even Sonic Boom season 3, nope we didn’t get nothing at all. Except a Sly Cooper statue on display, other than that nothing. Anyways the reason the Sly Cooper show could be delayed (it’s Not confirmed to be delayed, it’s just the currently uncertain show status) because of Sanzaru Games’ plans to release (again Not confirmed) their secret project (I’m just calling it Sly 5 at this point) alongside the show. However I don’t think the show and Sly 5 will get anything together at the same event, rather more like at separate events. For instance, if the Sly Cooper TV show gets something at SDCC or Mipjunior (this is where Sly Cooper TV was last year where it became the 11th most screened show at the event, plus it’s 1st script received 5 stars), then they’ll probably announce Sly 5 at either Gamescom, Paris Games Week (which is in the same month of Mipjunior/Mipcom, also same country as Mipjunior and Technicolor are located) or PSX 2018. In either case it’s likely that anything Sly would release in the series’ 16th anniversary instead of the 15th like I originally thought.

But it all comes down to Mipjunior 2018 in October for both Sonic Boom & Sly Cooper TV Shows. I think we will see something soon, because why else would Technicolor update their YouTube and Twitter profile banners, which feature Sonic Boom, Sly Cooper and The Murray. Now before that profile banner was posted everyone was wondering “will we see something soon for Sly TV” or “is Sonic Boom cancelled?, well with this banner it gives hope that Sonic Boom will at least have one more season left before ending. Also it means that anytime now that we’ll see something for Sly Cooper TV, but more likely at Mipjunior 2018. As seeing how Technicolor Animation and Mipjunior are both situated in France, chances are the highest for Mipjunior than SDCC. Now if Sly doesn’t get anything at Mipjunior than we could possibly expect something at Paris Games Week (it’d make sense to have Sly at Mipjunior, then have Sly 5 announced within the same month) or PSX 2018. But hopefully we get something before the end of the year for both shows, as I think both the Sonic Boom and Sly Cooper communities have waited long enough.

I hope you guys had a great 4th of July and I will see you next time. Remember to stay tuned for more video gaming news coming to you at the speed of sound. Don’t forget to Like, Comment, Subscribe, Share or Follow for more videos and articles, as I’ve got more on the way. Until then you can catch me over at these places