After months of specualation, an official announcement has arrived. Sumo Digital is confirmed to be working on the new game. Team Sonic Racing is arriving this Winter for Nintendo Switch, PS4, Xbox One and PC via Steam. Plus there’s this new mysterious character, floating in a vehicle to the left side of the cover art.

The game was actually leaked this morning on Walmart (seem familiar because we had this happen with Spyro and Amazon back in April), revealing details about the games characters and gameplay modes. Here is what the Walmart listing had to say,

“Team Sonic Racing combines the best elements of arcade and fast-paced competitive style racing as you face-off with friends in intense multiplayer racing. Race together and work together as a team by sharing power-ups and speed boosts. Take control of your racing style – Choose from 3 distinct character types and unlock game changing vehicle customization options to suit your racing style. Speed up. Gear Up Team Racing at Sonic Speed! 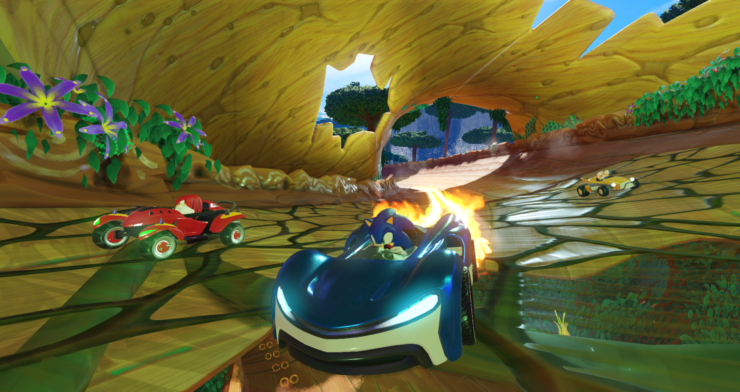 Now according to the official Sonic YouTube Channel, that more about the game will be revealed. This will likely include a new trailer and gameplay. Whats also interesting is that a story mode exists like in other racing games like Jak X, Crash Nitro Kart or the Sonic Riders games. This game unlike the last two games is entirely Sonic based, with 15 characters in total, no other Sega characters outside of the Sonic series. It also appears that rings will be involved in some way, telling by a couple of screenshots like the above one and this next one. 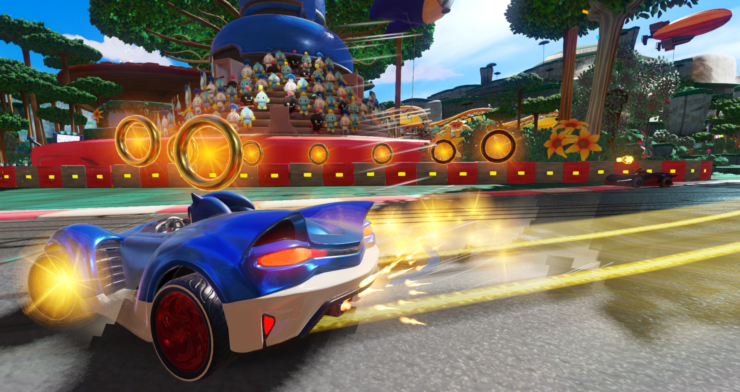 Also the level that seems to be presented in these screenshots appears to be Planet Wisp and in addition to that, the Wisps are also making their return. This time around they’ll act as replacements for the power-ups featured in the previous two Sonic Racing games.

So what do you guys think about this exciting new installment in the Sonic Racing series. Disappointed that it won’t have an on-foot gameplay mode, but at least get new gameplay variety. But Sega still isn’t confirmed if the transforming gameplay will return in this game. Also the next Sonic Livestream will be live from E3 2018.

This has been Blueknight and don’t forget to check back soon for more news and videos coming your way at the speed of sound. You can also catch me over on Twitter, YouTube, Sonic Stadium and Patreon if you want to contribute of about $1 per month in support of helping this site, as well as my channel become a leading source for video gaming news. And Don’t forget to Like, Comment, Subscribe, Share or Follow for more videos and articles, as I’ve got more on the way. Until then you can catch me over at these places,