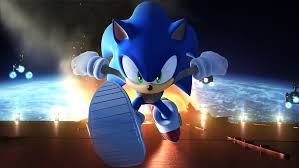 Well another round of Sonic movie news has begun, for the 2nd day in a row. Now as many of you probably already know that the film is planned for release in November next year with filming expected to start on July 30th and ending in late October. But now with a little more than a month remains before filming starts were already getting reports that casting for the main human role of a highway patrolman named Tom. First it was Ant-Man’s Paul Rudd reportedly doing the part, then confirmed that Rudd was no longer involved, then four more actors were named for the part. Then finally they went with James Marsden (WestWorld, X-Men and Hop) as their choice for an undisclosed role. 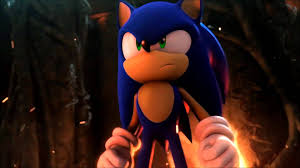 Now we also found out the cinematographer for the film, Stephen Windon. Who has done cinematography for films like Fast and the Furious as well as other films. However we still don’t know who will be voicing Sonic or the rest of the unknown cast. As for Eggman it is still unknown if he will be full CGI or be played by an actual person, which I hope is not the case. Now another development for the film has come about, it seems the original writers (Patrick Casey and Josh Miller) wrote the first draft and as of now the most recent draft was written by Oren Uziel. That little bit of info came from the same article confirming Marsden’s involvement with the film.

That’s all the news we got on the film so far, but the next year and a half is going to be lit up with Sonic Movie news. We could see a trailer possibly in December with Paramounts’ Bumblebee movie, but more likely in March or April 2019. Also I suspect that more on the film will be revealed at E3 2018. Also another report claims that the films budget is set at $90 million, now if that’s the case then Sonic’s film budget overtakes Spongebob’s, Angry Birds’ and Ratchet & Clank’s. But doesn’t compare to Jurassic World’s budget, but this is coming from a few sources so this could be true.

So once again this has been Blueknight and don’t forget to check back soon for more video gaming news coming at the speed of sound. You can also catch me over on Twitter, YouTube, Sonic Stadium and Patreon if you wish to contribute as much as $1 per month. Any support is appreciated as it will help my channel grow into a leading source for video gaming news. So stay tuned as I’ll have more content on the way. And Don’t forget to Like, Comment, Subscribe, Share or Follow for more videos and articles, as I’ve got more on the way. Until then you can catch me over at these places,