Since the release of Sonic Forces, people have had mixed feelings about the character Infinite. With the way Sonic Forces ended it would seem Infinite and the Phantom Ruby are destroyed. Now for this reason it would be reasonable to assume that Infinite or the Phantom Ruby would not make another appearance. However that could change, like what Sega did with Shadow the Hedgehog at the end of Sonic Adventure 2, he appeared to have died, but he unknowingly reappears in Sonic Heroes and the reasoning behind the gap was explained by Eggman during the final battle in Shadow The Hedgehog. Not only that, but both Sonic Adventure 2 and Heroes built up the climatic chapter in Shadow’s backstory. Where am I going with this? Well lets see, for one Sega couldn’t pass up having a very popular character returning, a dark and edgy character with a mysterious backstory. Now when people bring up edgy in Sonic, it’s usually associated with Shadow, certain games stories and Infinite. 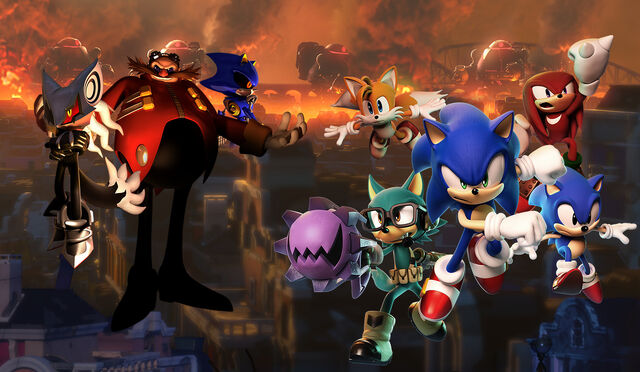 Now there are a number of ways for Infinite to return, the first is the Modern series if he could’ve survived the destruction of the Phantom Ruby. Or if a portion of the Phantom Ruby survived, that could be used to bring back Infinite. However in the Fortress Reactor there were other Phantom Ruby prototypes that were destroyed by Sonic and the custom Avatar. Then there’s option number two for bringing Infinite back and that would be Sonic Boom. Now I know some people don’t like Sonic Boom, but if it goes through with one more season and/or TV movie to end the series, Infinite would be the character to bring in. I mean it would make sense to have a darker story and character to end the series with. Then there’s the 3rd way, which is the IDW Sonic comics. Now were only four issues into the Fallout series, which continues Forces’ story and explains why Blaze didn’t appear in Forces. Now Eggman is shown to have survived the destruction of his Death Egg Robot in IDW, but what about Infinite could he have reverted back to his normal self after Forces ended? A 4th way for Infinite to return would be in Team Sonic Racing, in the games story (that is if it’s canon and takes place after Forces) or he wouldn’t even need to be in the games story, he could just be an unlockable character. However now that we have confirmation that an Egg Pawn is playable for Team Eggman, it is likely Metal Sonic will take the remaining slot, so if Infinite appears, I’d say he’ll be a DLC. The 5th and final way Infinite could return would be in the Sonic movie releasing in 2019. Now I don’t think Infinite would appear in the first film, maybe a sequel but not the first film, of course that all depends on the type of story that exists in the film. 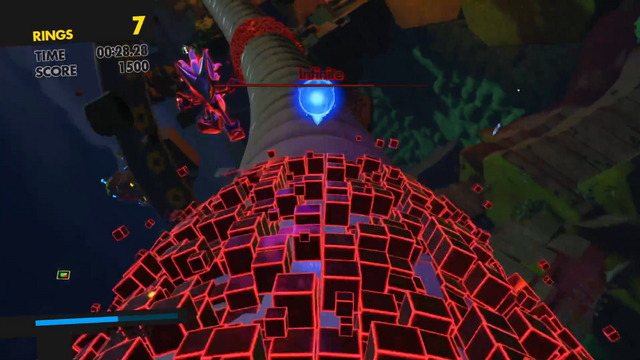 Now Infinite did seem to out edge Shadow, but in terms of backstory Shadow is still the victor. Shadow did have some involvement in Infinite’s story though. Infinite however is the first Sonic villain in years to have a backstory or even have abilities powerful enough to rival Sonic, Shadow, Silver and the rest of the Resistance all at once. But Infinite is different than most other recent Sonic villains, like the Zeti from Lost World for example. They didn’t feature any backstory and were heavily criticized, while Infinite on the other hand was better developed and received, than the Zeti. Now that’s all up to Sega to have Infinite return, but even if he returned and survived what would he do with the Phantom Ruby destroyed, would he go back to using his sword, will he rebuild his Jackal Squad? Only time will tell. But we still have that rumored unannounced Project Death Egg Sigma, which is supposedly DLC for Sonic Forces.

Now last thing for the post, a new Brazilian listing for both Xbox One & Nintendo Switch versions of the Crash N-Sane Trilogy features two bonus levels. The first one is Stormy Ascent (on PS4 was a DLC, but appears to be pre-installed on Xbox One & Switch) and the second one is Future Tense. Again both seem to be pre-installed, no DLC, but the Future Tense Stage sounds like it’s based around the future levels in Crash 3 Warped. Now this is very interesting find, because this is the first time that new content would be added onto a remade version of a 20-year old game. Now this new bonus level could be part of Activision’s 5-year plan for the Crash series. Here is the image. 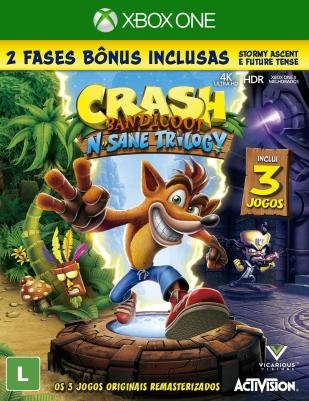 So what do you guys think, will the bonus levels be pre-installed and release in North America the same way? Or Will they remain DLC with codes? Will this new Bonus Level get featured at E3 2018? Be sure to leave your thoughts below in the comments.

Update: Crash Bandicoot N-Sane Trilogy has been announced to appear at E3 2018 and that we will get news for the game there, so this further suggests the new DLC is real.

Anyways guys, that’s it for the discussion, but I’ll be back with more videos and posts coming soon at the speed of sound. In the meantime you can catch me over on