It’s taken me a while to write this post due to the recent Sonic news, and other articles like Sly Cooper and Pirates 5. Anyways now I’ll be covering 5 more Sonic games from Sonic Riders to Sonic Rush Adventure.

Sonic Riders was released on PS2, Gamecube, Xbox and PC in 2006, the same year as Sonic 2006 and Sonic Rivals. This game was released to start off the Sonic 15th anniversary and introduced three new characters; Jet The Hawk, Wave The Swallow and Storm The Albatross, all of which are rivals to Sonic, Knuckles and Tails. The Story follows both Sonic’s and Jet’s Teams competing in Eggman’s EX World Grand Prix. The game has two story modes, completing these modes will unlock additional playable characters. All playable characters are divided into three types; Speed, Power and Flight. 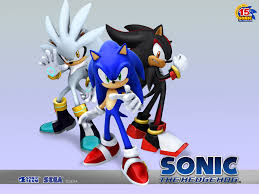 Sonic The Hedgehog (2006) was released on PS3 and Xbox 360 in 2006 as part of the 15th Anniversary of Sonic. This game was made to have Sonic Adventure style gameplay, but in a more realistic world. Silver The Hedgehog made his debut in Sonic 2006, this is also Blaze’s first 3D Sonic game. There are three intertwining story modes that all end in the fourth final story; Sonic’s (Playable: Sonic, Knuckles, Tails and Silver), Shadow’s (Playable: Shadow, Rouge, E-123 and Silver), Silver’s (Playable: Silver, Blaze, Amy, Sonic and Shadow) and Final (Playable: Sonic, Shadow, Silver, Amy, Tails, Knuckles, E-123, and Rouge). Sonic 2006 was mostly criticized for its glitches (glitches are way worse in PS3 version, Xbox 360 version is recommended because glitches are a lot less frequent), complicated story (in my opinion the story was pretty simple to understand) and poor graphics for a next-gen Sonic game (also in my opinion, the gameplay graphics are way better than those used in Shadow The Hedgehog, gameplay graphics are better than in-game cutscene graphics, Marza Animation Planet did a superior job with the movie quality CGI cutscenes/ Marza is also doing the CGI Animation in the upcoming 2018 Sonic The Hedgehog Movie). Upon completing the final boss every thing that happened over the course of the story, never happened and the story was reset back to the beginning of the game, except this time Eggman does not attack the festival, Shadow did not have to break into Eggman’s base, Silver never came to the present to fix the future or ever met Sonic, Shadow, Blaze or any of the other characters in the games story etc. A remade Crisis City level and Silver The Hedgehog Boss Battle were featured in Sonic Generations.

Sonic Rivals was released for the PSP (PlayStation Portable) in 2006 as part of the Sonic 15th year Anniversary. This is the first Sonic game to be released exclusively on PSP (also playable digitally on the systems successor PS Vita) as well as the first side-scrolling racing platformer Sonic game. Sonic Rivals has five playable characters with their own storyline. Sonic Rivals is the first handheld title to feature Silver The Hedgehog and canonically the first time Sonic, Shadow and Knuckles meet him due to the events in Sonic 2006 being erased from history. Dr. Eggman Nega is the main villain in this game, after capturing Dr. Eggman before the story started, he disguises as Dr. Eggman throughout the course of the game. Dr. Eggman Nega is also the villain to Silver The Hedgehog as both characters come from the future, in this game Silver has come to the present to bring Dr. Eggman NEGA back to the future where he belongs. 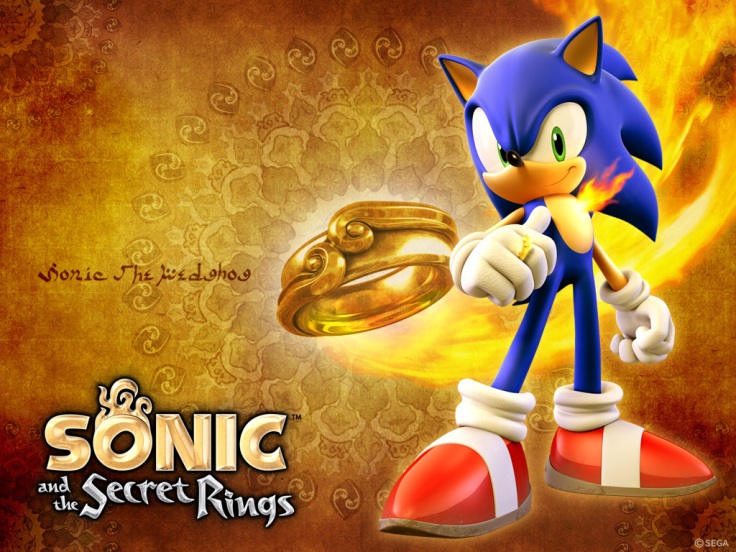 Sonic and the Secret Rings was released as the first Wii Sonic title, as well as a Wii exclusive, in 2007. The game follows Sonic’s adventures in a quest to keep an evil genie from absorbing the power of the book of Arabian Nights and causing its pages and the world within to disappear, and if he is not stopped, his power will be unleashed onto the real world unless the “Legendary Blue Hedgehog” told of in the stories can stop him. This game actually takes place after Sonic Rivals 2, characters in this game and Sonic and the Black Knight that Sonic recognizes like Dr. Eggman, Tails, Knuckles and others do not recognize him, because of the characters they play from the stories. The cutscenes (with the exclusion of the intro and ending cutscenes, which are in full CG) are all hand drawn for both this game and Sonic and the Black Knight, as both are from the story book series, to better match the story book feel. Even though this game is not part of the main series of Sonic games, it is mentioned in Sonic Generations and also included in the 20th Anniversary trailer with all the other main series console games up to that point ( with the exception of Shadow The Hedgehog and Sonic The Hedgehog 4). Sonic’s new form: Darkspine Sonic is introduced in this title.

Check back soon for more updates and posts on Sonic The Hedgehog, Video Games, Movies, and TV. Also be sure to check out the new Sonic Forces Classic Sonic Green Hill Stage gameplay on the official Sonic The Hedgehog Youtube Channel (video posted at the bottom), and be sure to catch the newest episode of Sonic Boom “Do Not Disturb” which premieres on Saturday, April 29th on Boomerang at 6:00 PM. 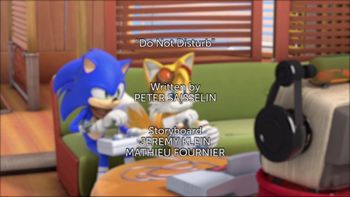 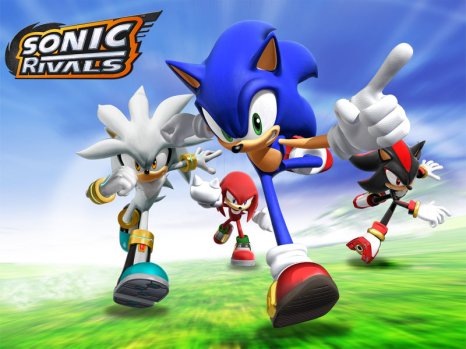 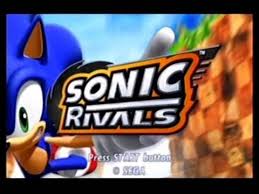 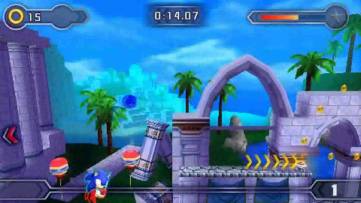 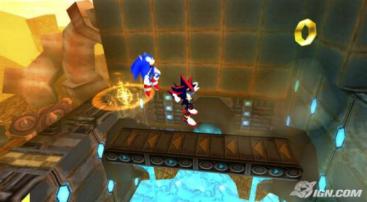 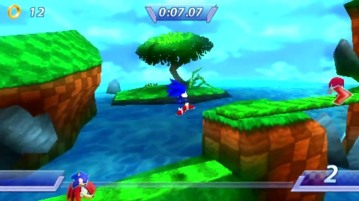 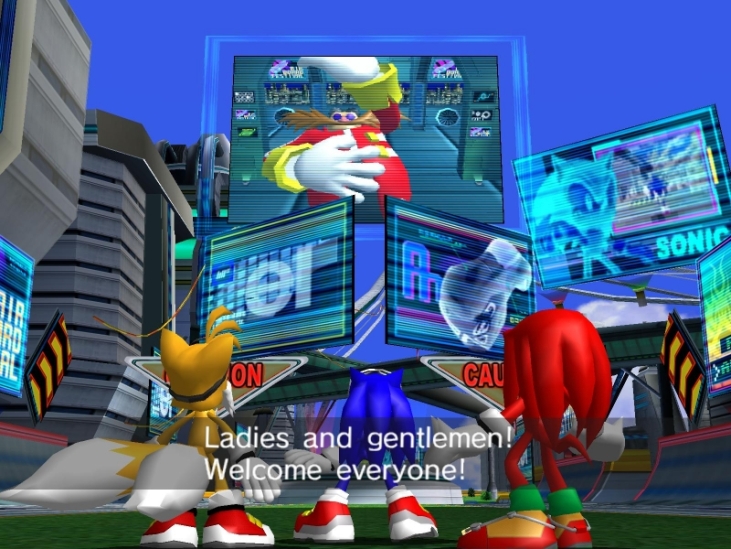 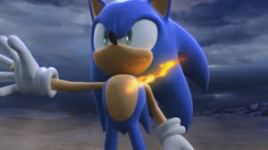 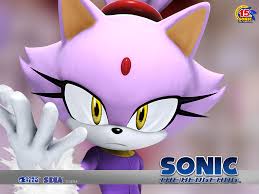 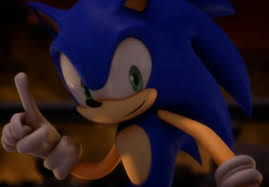 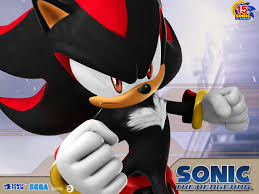 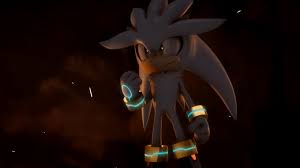 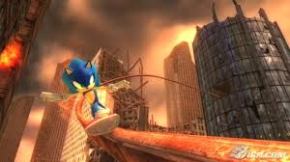 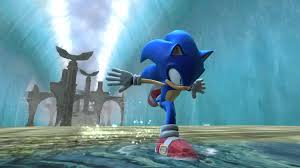 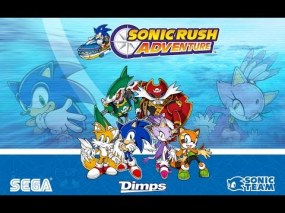 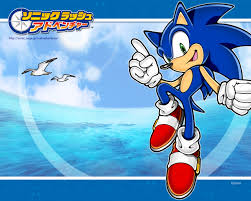 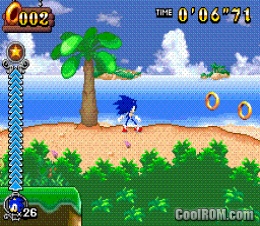 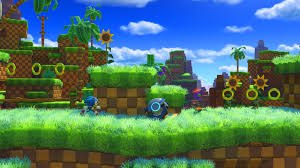 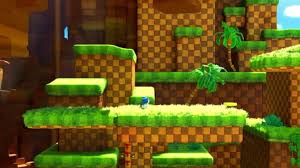 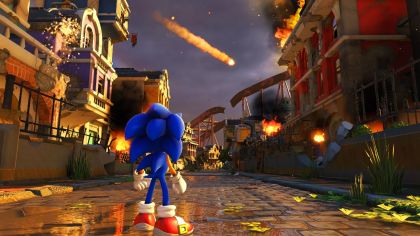 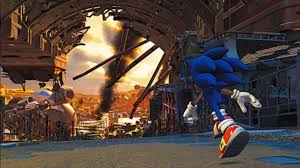 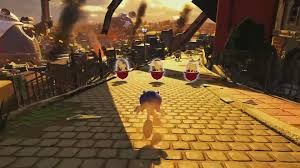